Hi everyone.  Laura here.  It's been a while.

My mother Diane and I had so much fun with this blog in its heyday.  We went to so many restaurants, had many delicious meals, and made a bunch of new foodie friends.

On December 7, 2018, a tumor was discovered on my mother's pancreas.  After having a few scans, it was determined that the tumor was cancerous, and the cancer had spread to other organs.  She was diagnosed with stage 4 pancreatic cancer - a terminal diagnosis.  We were lucky if we were going to have 3-6 months left with Mom.  My family and I were absolutely devastated.

Despite the prognosis of this metastatic disease, my mother pressed on with chemotherapy and palliative care and we were able to have her with us for 16+ months; the majority of that time she spent in fairly good health, with a very positive outlook.  In the early morning hours of April 30, my mother fell in the home.  An ambulance was called and it was determined that she had a stroke.  A blood clot was removed from her brain, and we decided that - because the cancer had spread and with the new complications of having had a stroke - she would be transitioning to hospice care at home.

On the morning of May 4, she was awake and talking to the nurses.  During her morning care, she became unresponsive.  After a scan of the brain, two more clots were discovered - one on either side of the brain.  The doctors said that even if she did recover, the chances of the clots reappearing again was extremely high.  We decided to bring Mom home, where she spent her final days as she wanted to - comfortable in her own environment, surrounded by her loved ones - and passed away on May 7, exactly 17 months from the date of diagnosis.

Many thanks to everyone who read this blog and who supported Mom in her cancer battle.  I have no plans to take this site down.  It will live on in her memory. 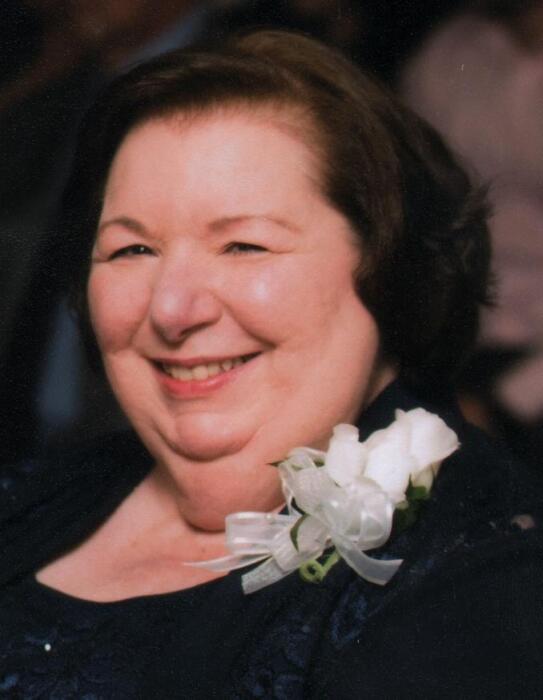 Diane (Robitaille), 69, of Somerset, died peacefully at home on May 7, 2020 after a 17 month battle with pancreatic cancer. She was the wife of the late Paul Monteiro, whom she was married to for 38 years.

Born in Fall River, Diane was the daughter of the late Roland Sr. and Alice (Bouvette) Robitaille. She lived in Fall River for 65 years before moving to Somerset. In her early years, she was employed by Katerski’s Cleaners, Virginia Dare, Rip Offs, and Louise’s Bridal. After having her daughters, she briefly taught CCD and became a preschool aide at the former St. Anne’s School. She was also an online moderator for The Standard-Times for several years in the 2000s. Diane was a graduate of B.M.C. Durfee High School, Class of 1969, and a member of St. Anne’s Church.
Diane was a very cheerful woman who loved to laugh. She loved her family and spending time with her daughters. There was nothing she wouldn’t do for them. She was very close with her niece, spending hours on the phone every week talking about their favorite TV shows and everything under the sun. Diane loved animals and taking road trips. Her favorite spots were Cape Cod and Newport, RI. Diane loved visiting restaurants and even started a local food blog called New England Bites. Diane was so proud to have finally purchased her own home in 2016. Diane often talked about her parents and siblings, reminiscing about “the old days,” like when she attended the 1964 World’s Fair in New York with her oldest brother and sister-in-law, or the fun she had summering at her uncle’s lakeside home in Dartmouth. She loved looking at old pictures of Fall River and laughing about all the crazy things that went on during her youth. She often said that she was so lucky to have grown up in the 1960s, because that was when the world was the most interesting. Diane loved the holidays and made every one of them special for her family.
Diane is survived by her daughters, Laura Monteiro of Somerset, and Mallory Monteiro of Swansea; beloved niece Judyanne Moniz (husband Edmund) of Fall River; sisters-in-law Carol (Molloy) Robitaille of Groton, CT, Ann (Monteiro) Voltas (husband James) of Fall River, and Barbara (Monteiro) Silva (husband Mark) of Taunton; nephews Richard Gosselin Jr. (wife Kristin) of Abington, Paul Gosselin of Fall River, and Raymond Robitaille Jr. (wife Karen) of Swansea; nieces Barbara (Robitaille) Hammond (husband Chip), Sharon (Robitaille) DiMarco (husband Russ), and Karen (Robitaille) Rugh (husband Dwaine), all of Connecticut; great nieces and nephews Danielle Moniz, Jessica Gosselin, Sherri Constantino, Megan Soares, Kyle Robitaille, Jennifer Pounch, and Lauren and Dayne Rugh; great-great nieces and nephews; cousins; and many friends. She also leaves behind her cherished cats – Cashew, Cherry, and Olive – and her “grandcat” Bells.
She was the sister of the late Pauline (Robitaille) Gosselin, and Roland Jr., Raymond Sr., and Lawrence Robitaille. She was the sister-in-law of the late Judith (Soares) Robitaille and Richard Gosselin Sr.
The family would like to extend their sincere thanks to Dr. Sophia Rizk, RN Ashlee Hathaway, and the entire staff at the Southcoast Health Cancer Center in Fall River. With their support, Diane was able to beat the odds and extend her life with her family after her diagnosis in 2018. Special thanks to the team at Southcoast VNA, who provided care for Diane and treated her with dignity and respect during her final days.
Private arrangements entrusted to Auclair Funeral Home. Entombment at Notre Dame Cemetery in Fall River. Online condolences at AuclairFuneralHome.com.
In lieu of flowers, donations in Diane’s memory may be made to Southcoast VNA Supportive Care Center, 200 Mill Road, Fairhaven, MA 02719, or visit www.southcoast.org/visiting-nurse-association.
Posted by New England Bites at 3:56 PM

From Laura and Diane

Mom and I started NEBS back in 2007 when food blogging was at its peak.  To date, we’ve received almost a half million visits from other foodies who – like us – enjoy dining out and trying new restaurants.  We’ve met a lot of wonderful people from all over the world, but we never really “took off” in our own city.  It seems as though people in Fall River are only interested in restaurants that are within walking distance, and we refuse to limit ourselves to just local food.  There are so many great places both in and out of Fall River, and that is why the majority of our fans are located outside of the city.  Food blogs are quickly becoming a thing of the past, and that is why we’ve decided not to continue with NEBS in its current format.  We will continue to post restaurant pictures from time to time, but we hate to see our website in an “abandoned” state.  There’s nothing sadder than a blog that never gets updated.  We hope to bring NEBS back to the web in a new way at some point, and we appreciate all the support we’ve had in the past from local chefs and restaurant owners.  Thank you for supporting Fall River’s original food blog.  Keep eating!

Laura and Diane
Posted by New England Bites at 7:28 PM