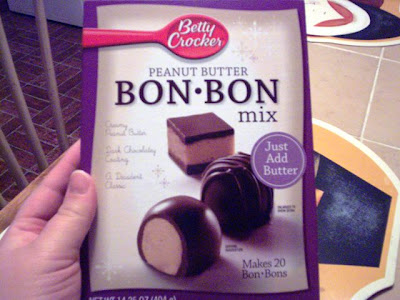 Mom and I spotted this item at Stop & Shop last week and just had to buy it since we'd never seen it before. This week, I noticed that we were low on "goodies" in the house so I decided to make them. According to the box, all I would need - aside from the contents - was three tablespoons of butter. The recipe sounded really easy, and although it was, it had it's annoying moments.

The box came with a bag of dough, a packet of Reese's peanut butter, and a bag of chocolate drops. 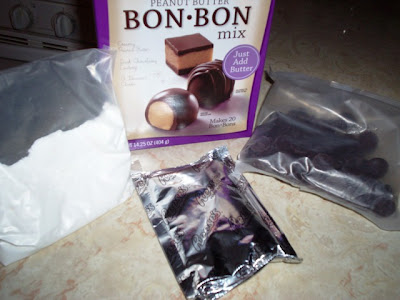 STEP ONE: Microwave three tablespoons of butter in a medium microwaveable bowl on high for about 15 seconds until melted. I actually did this for 30 seconds because at 15, the butter was only half melted. 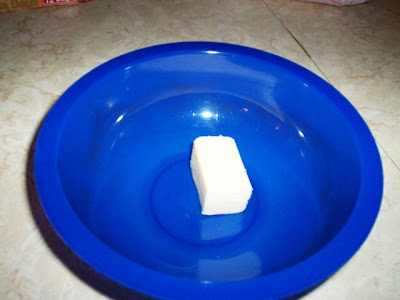 STEP TWO: Stir in the dough. 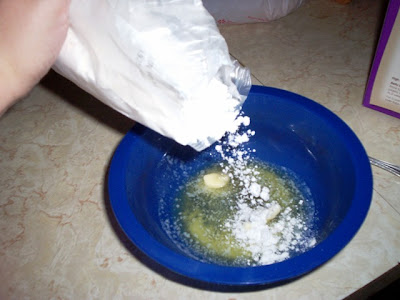 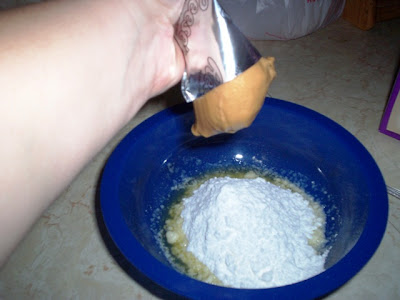 STEP FOUR: Shape the dough into one inch balls. This turned into quite the fiasco because the peanut buttery dough kept sticking to my hands. On Mom's instruction, I wet my hands with cool water before shaping each ball. The box read that this recipe makes 20 balls, but I only ended up with 17. After shaping them, put them in the refrigerator for 20 minutes to harden. 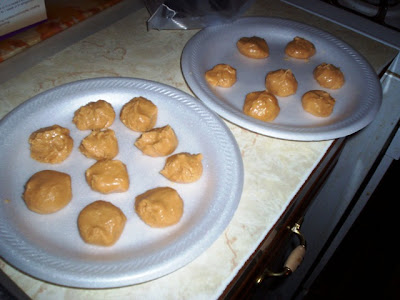 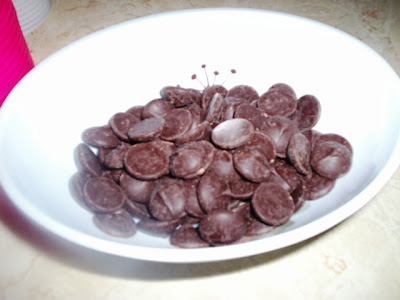 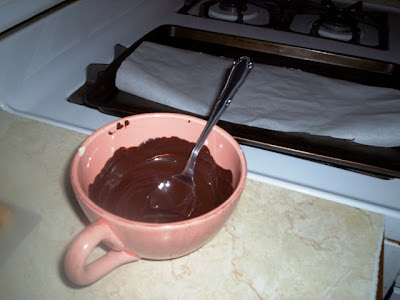 STEP SIX: Roll each bonbon into the chocolate until it is evenly coated. Then, lift it out with a fork so the chocolate can drip back into the bowl. This turned out to be another pain in the butt because the fork kept stabbing the ball and I had to bang it onto the waiting cookie sheet (covered with parchment paper, of course). 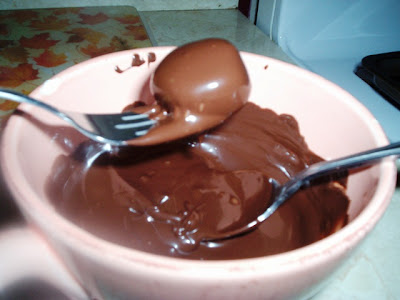 STEP SEVEN: Cool the bonbons in the refrigerator for 15 minutes or until the coating is set. I left them in for about 30 minutes - just in case. (NOTE: The coating actually dried really quickly - think Magic Shell.) 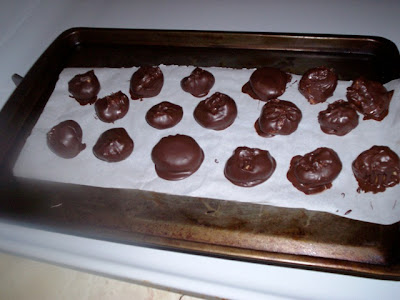 THE VERDICT: When they came out, I put them on a plate and passed them around to Mom and Dad. We all thought that they were really excellent and had a lovely peanut butter taste. The chocolate coating was sturdy, but not overly hard, and did not overwhelm the flavor inside. 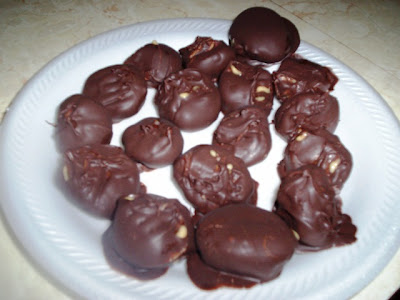 Although mine didn't look as pretty as the ones on the box, I still think that they came out great and would definitely make them again. Betty Crocker also had some other "easy" desserts that only needed a few ingredients, so I may be brave and try one of the other kinds. I just hope I don't lose another bowl in the process. Or burn my hands on boiling hot chocolate.
Posted by New England Bites at 8:00 PM