Ever So Humble Pie Company

On the last day of November I had an early doctor's appointment in Providence, RI. Afterward, we brought my old, outdated computer to Weymouth to donate to a non-profit organization called Recycle Computers 4 Cancer. Computer unloaded and now starving, we headed to Quincy to one of our favorite places, Gennaro's Eatery, for a nice Italian lunch. It was delicious as usual and with tummies now sated, we were on our way to East Walpole (on a recommendation from our friend Jackie) to the Ever So Humble Pie Company. 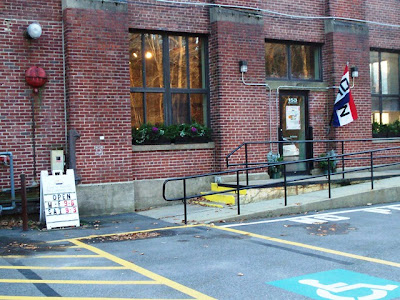 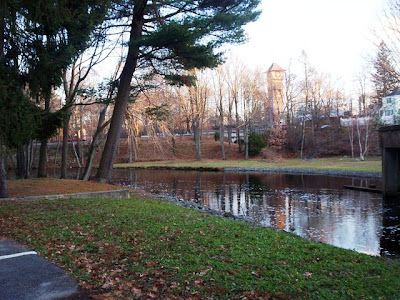 We followed our trusty GPS to East Walpole and then followed some small signs that led us right into the yard of an old mill. It was a working mill, complete with foamy water rushing out from beneath the building. Surrounded by woods and water, this was a pretty, rustic, scenic area. We parked our car and went into the first floor shop, as signs indicated. 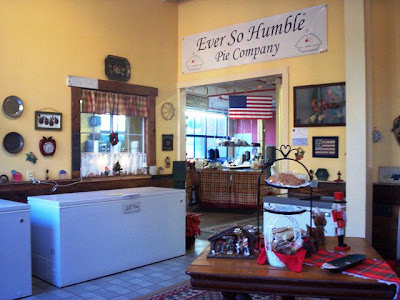 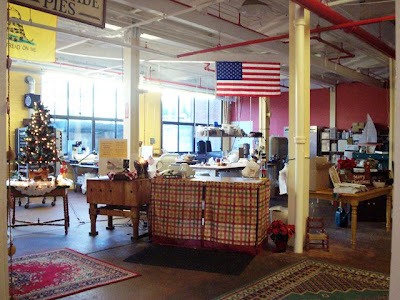 Entering was a surprise because you're met with a room devoid of anything except large freezers. Inside those freezers, however, are the pies this shop is known for. They come in 10" pies (feeds eight), 8" pies (feeds six), and cutie pies (which feed two). They also have apple crisps, which come in a 2.5 lb. package; raspberry hearts, which are three to a package; and 6" nutty tarts, which serve two. 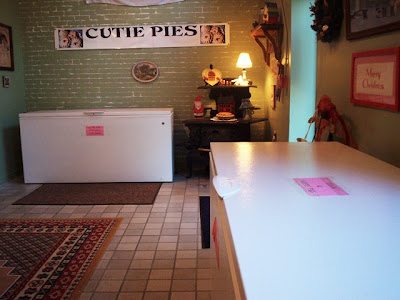 These are old-fashioned, all-natural, handmade pies. Made from scratch they are trans-fat free with no artificial colors, flavors, or preservatives. But it's the variety of flavors that amazes. What to choose? Wild Blueberry, Jumble Berry, Orange Pineapple, Mince, or maybe Chocolate Cream, Key Lime, or Squmpkin ... a blend of squash and pumpkin formed into a creamy custard. Plus, there were so many more. See their website above for all their flavors, prices, and other products. But right now our problem is which ones are we taking home? 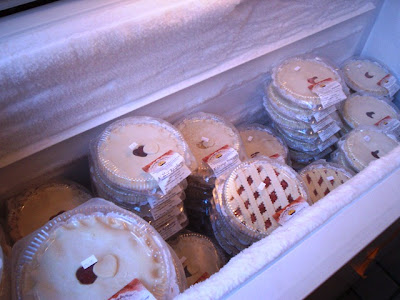 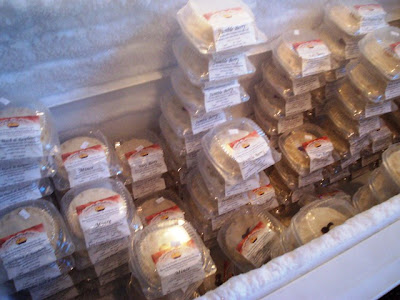 After much deliberation, Laura and I brought our purchases to the large adjoining room where a lovely lady (I think the owner) was behind the counter. This room also held displays of other products and the scent of freshly baked pumpkin bread was driving me batty. It smelled amazing in there! The woman told us that soon they would be opening a small cafe so folks could sit and have some coffee with that pie. You know we'll be back for that! We paid for our purchases:  Five cutie pies for $20, put them in our freezer bag and headed home. 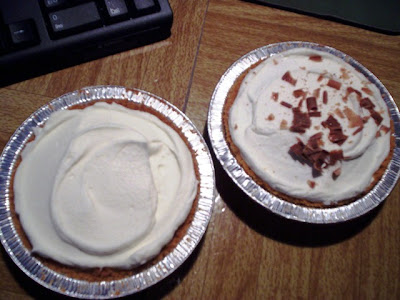 Once home, we put the fruit pies in the freezer to be baked later and concentrated on the "thaw and serve" cream pies. We thawed ... and then served - ha, ha!  We had purchased a chocolate cream and a key lime and they were absolutely delicious. Not sicky sweet, but very creamy and pudding-like with the most wonderful buttery, flaky crust.  The taste was amazing. The key lime was just the right blend of tart and sweet. I couldn't wait to try the frozen fruit pies later the next day after dinner. 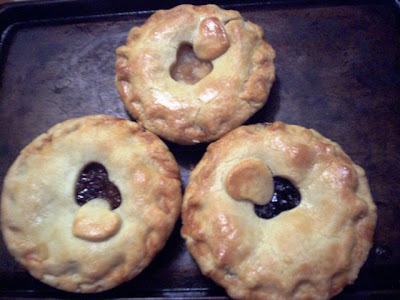 Following the baking instructions on the package, I put the three fruit pies in the oven for 30 minutes at 350 degrees. However, like the package says, all ovens are different and mine took an hour before the pies were bubbling, hot, and the crust nicely browned. We let them cool and then dug in. Yum, yum, and more yum! The New England Apple was neither sweet nor tart. The Wild Blueberry was a perfect consistency and not watery or runny like others. Then there was the mince (which no one in my house had ever tried) which tasted like a cross between Fig Newtons and raisin jam. We all loved it, even fussy hubby who always complains about pies. And again I'll mention this crust. I'll go out on a limb here and say this is the best crust I've ever had. I ate every piece of crust when I usually scoop the filling out and leave the crust on the plate. Everyone raved about this crust.

If you're ever in the Walpole area, do yourself a favor and go to the Ever So Humble Pie Company. I know you won't be sorry. Plus, you'll probably see me there getting pies to fill up my freezer. I can't wait to go again. Thanks Jackie for the great suggestion!

Check out their website for the address, hours, and prices.

Don't forget to check out our friends at MenuJoy.com for great area restaurant menus.
Posted by New England Bites at 10:55 PM