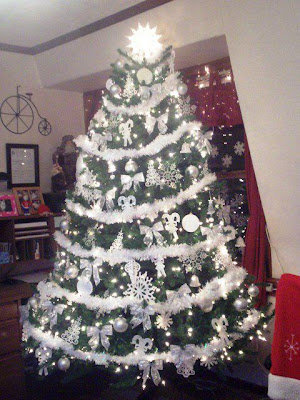 <
Now I know Laura told you we'd be doing things a little different here starting in 2012, but I think some of you misunderstood. We're not shutting down the site, we just want to do less frequent reviews of the same old places. So instead of telling you for the umpteenth time how much we liked the pizza at so-and-so's, or how good the wings were at blah-blah's, we'll wait until we visit somewhere new or great to post a review. Hopefully, this will provide a better read for our fans (and less work for us).
I wanted the year to go out with a BANG, but instead, I'm afraid, it went out with a wimper.
<
Laura and I went (on a very cold Saturday afternoon) to Mystic, CT, to catch a movie at their darling theater. It's right in Mistick Village which is a great shopping spot, especially around Christmas. We needed to grab a bite to eat before the show and decided on Ten Clams, which is close to the theater and full of seafood. We couldn't wait!
< 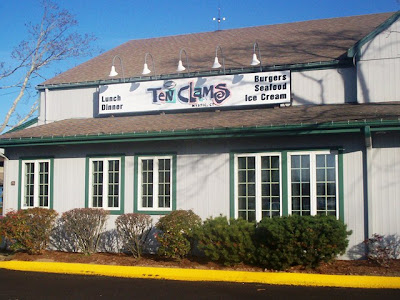 <
We went inside at 2:10 p.m. and were thrilled to get out of the cold. The place was neat, cutely decorated, and larger than it appears from outside. There were only a few tables taken at this time, so we scored a nice spot near the window.
< 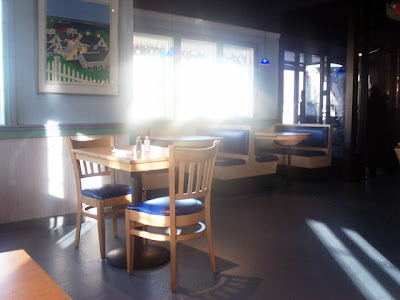 <
Now this place is called Ten Clams because nothing here costs more than ten dollars (ten clams) - get it? We were only seated a few minutes when our waitress approached. She gave us menus and we ordered two Diet Cokes. The menu was a nice mix of seafood, sandwiches, burgers, salads, and some meat and poultry dishes. They have a kids' menu, some desserts, and an on-site ice cream shop. At this point I would normally give you their website so you could check out the menu for yourselves, but they don't have one. Sigh.
< 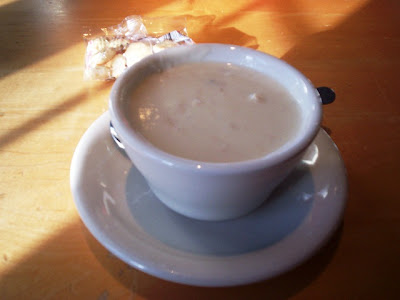 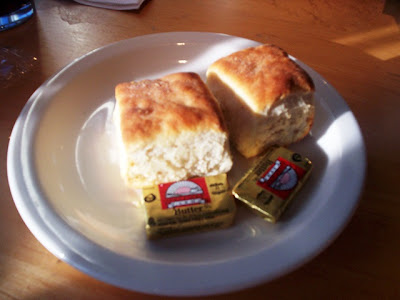 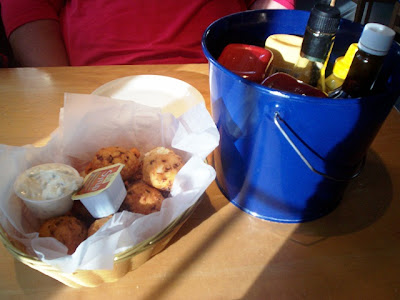 <
We wanted to try a bit of everything so we started with an order of clam fritters. Now in Massachusetts we call them clam cakes but Connecticut is high-class, lol!  Unfortunately these fritters weren't "high-class." They were so dry and doughy and the few clams to be found inside were terribly chewy. These were probably the worse clam fritters I've ever had. Very disappointing.

<
Laura, however, loved her New England style clam chowder. It was thick, white, creamy, and tasty enough to cover the - again - chewy clams.  Our little order of biscuits was warm and tasty but nothing out of the ordinary. We still enjoyed them though.
< 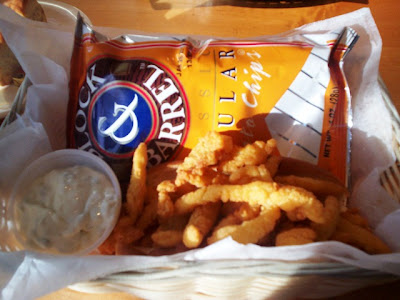 <
For her lunch, Laura ordered a clam strip roll which came with chips and a pickle. It had the same problem of slightly chewy clams but otherwise was a good sandwich.
< 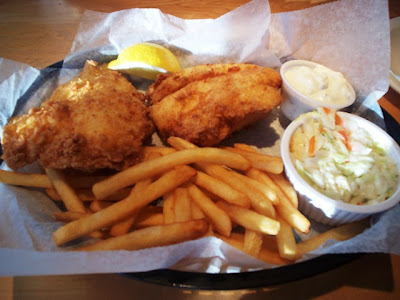