Mom and I had wanted to visit Kathy’s Coffee Shop and Creamery for quite some time. We love a good breakfast and according to the online reviews, Kathy’s has one of the best. Plus, they serve one of the most hard to find ice creams at their creamery – bubble gum! Since this is my last week off before going back to work, we decided that today was the day. Not a far drive from Fall River, we pulled into the parking lot at 10 a.m. 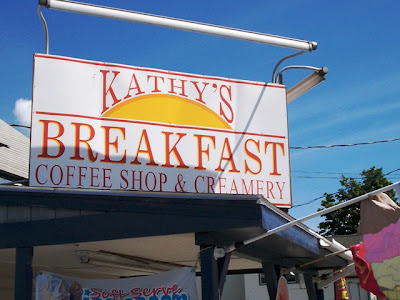 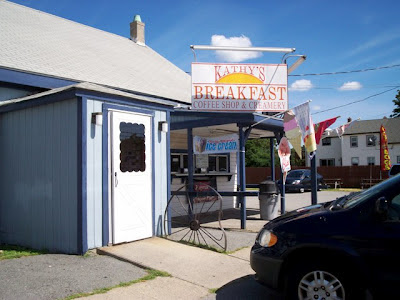 Our first impression of Kathy’s was that it was quite small, but we saw some people shuffling into another room so looks can be deceiving. We chose the last booth against the back wall of the restaurant so that we could check the place out. Our waitress arrived immediately and took our drink order – two iced coffees – and brought them over right away. They were very tasty. 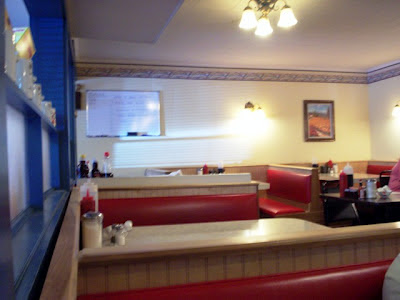 Where we were sitting, there were six red booths and two sets of table and chairs for two. Over the partition (which was topped the various kooky mugs – one resembling a toilet) was a long counter with stools and a few more booths. From that side you could look over into the creamery and the various freezers containing the yummy frozen stuff. Kathy’s has a very “small town diner” feel and the restaurant was clean and cozy.

Our waitress had given us a few minutes to peruse the menu, which was small but had the typical breakfast fare: pancakes, French toast, eggs, omelets, sandwiches and meats. Mom went with the “two by two,” which came with two pancakes, two bacon, two eggs and two slices of toast. She chose rye for the toast, “over easy” for the eggs and chocolate chip for the pancakes. I went with the Greek omelet with extra feta (because I’m obsessed with feta cheese). My omelet came with toast (I chose white) and homefries. 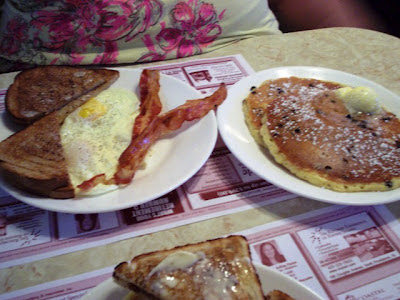 The service was really fast, and that pleased us because we were really hungry. Both meals looked amazing. Mom dug in first and praised – of all things – the toast! She said that it tasted really fresh and they were thicker slices than normal. Her eggs were perfectly cooked (she raved about those as well) and her bacon was thin, crisp and full of flavor. Finally, her pancakes were excellent! Filled with tiny chocolate chips, they were the perfect size without being too puffy or too flat. 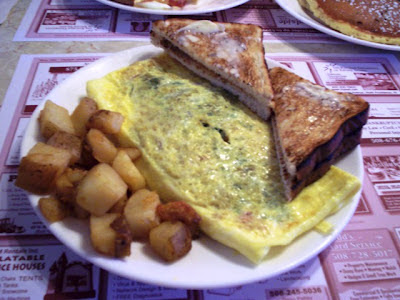 My omelet was perfect! The vegetables inside – tomatoes, onion and spinach – were fresh and juicy. I doubt that they came from a bag in the freezer. The feta cheese was plentiful as requested, and the egg wrapping was cooked to perfection. The homefries were my favorite kind – little cuts of potato. I sprinkled them with pepper and ketchup and they were great. The toast was oddly delicious (you really don’t expect much from toast). I don’t have a single bad thing to say. Everything was scrumptious.

After trying desperately to take pictures without being noticed (which was hard to do in a busy place like this), we were handed the bill. Our total came to:

We left $21.50 for our waitress which included a 20 percent tip. The service was great.

Fast forward to noontime, when Mom and I went back to Kathy’s to have some ice cream. 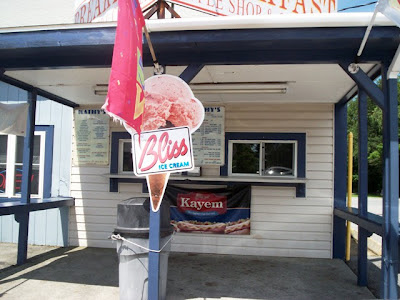 Kathy’s Creamery serves Bliss Ice Cream from the Attleboro dairy.  We’ve heard great things about Bliss but weren’t sure if we’d ever tried this particular brand. Mom ordered a small cup of coffee Heath bar frozen yogurt and I got the elusive bubble gum ice cream. The total was $6.44 (the small cups are $3.03 each).  You can get everything from a milk shake to a banana split at Kathy's. 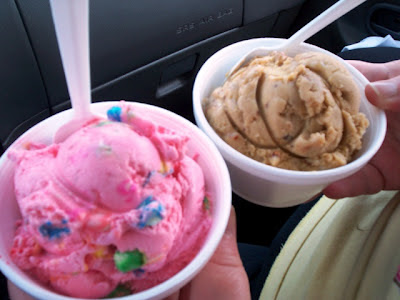 At first I was nervous because I kept picturing myself choking on pieces of frozen Chiclets, but my fears were soon swept away by the cool taste of bubble gum. If anything ever tasted like a color, it would be this. The ice cream actually tasted like bubble gum smells – pink. It was so fragrant and filled with tiny squares of bubble gum that either a) dissolved in my mouth from being so frozen, or b) stayed with me until the end, increasing in size the entire time I was eating the ice cream. Mom’s coffee Heath bar frozen yogurt tasted like yogurt, but a very good one. She loved that it had shaved pieces over big chunks (she hates that) and a nice creamy consistency.

All in all, we will most definitely be making a return trip to Kathy’s. We’ve been warned to stay away on the weekends; apparently you can’t get near the place. After eating here, it’s no wonder why. The food is tasty, the service is great and you can get bubble gum ice cream as early as five in the morning!

Visit our friends at MenuJoy.com for local area restaurant menus!

PS - If you like cookbooks, check out the Eagle Trading Company at 4 Elm Street in Assonet: 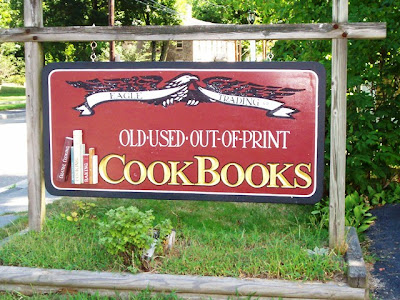 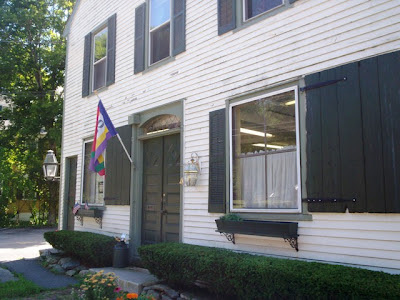 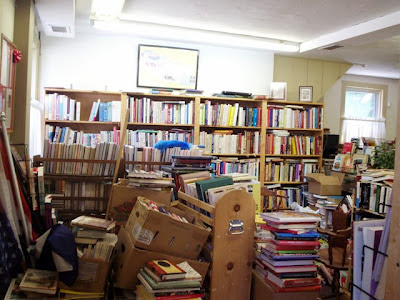 Like finding a needle in a haystack!
Posted by New England Bites at 3:49 PM