Bite of the Week - Kasia's Pierogi 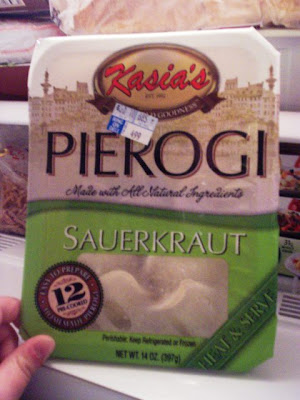 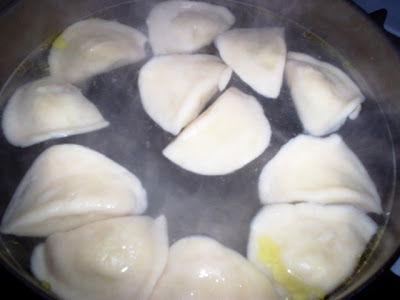 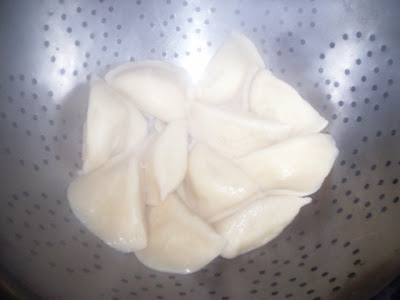 Then came Laura's WORST nightmare ...... pouring the HOT water into the colander . The little beads of sweat on her forehead were not from the steam .....she was nervous . But guess what ? She did it ! She strained those pierogis like MARTHA STEWART . Then she plated ....buttered and seasoned ....and dug in . 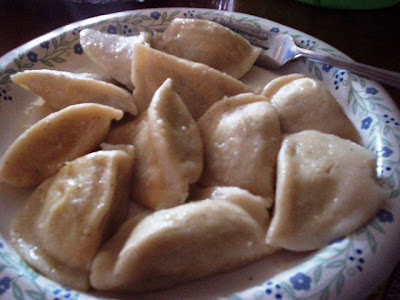 VERDICT : DELICIOUS !!!! Laura said they were well-stuffed and the sauerkraut was nicely spiced . The pierogi shells were large and thick enough to hold all that filling .She topped them with butter this time but said she'd love to try some other toppings ...like sour cream or onions . Next time .....cause she'll definitely be getting these again .

KASIA'S PIEROGI is made with all natural ingredients and come 12 to a package . They sell for $ 4.99 at SHAW's and are found in the ready-made food section .