After leaving work, I picked Mom up at home and we drove to her accountant’s office in Attleboro so that she could do her taxes.  When we left the office, it was late and Mom’s money was spent.  We were looking for an inexpensive place to grab dinner when Mom remembered reading that Bliss Bros. Dairy was in the area.  We had always wanted to visit Bliss, so we plugged the address into the GPS and off we went. 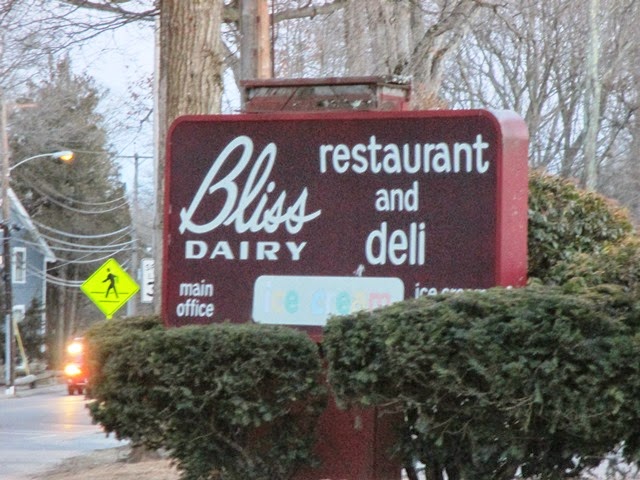 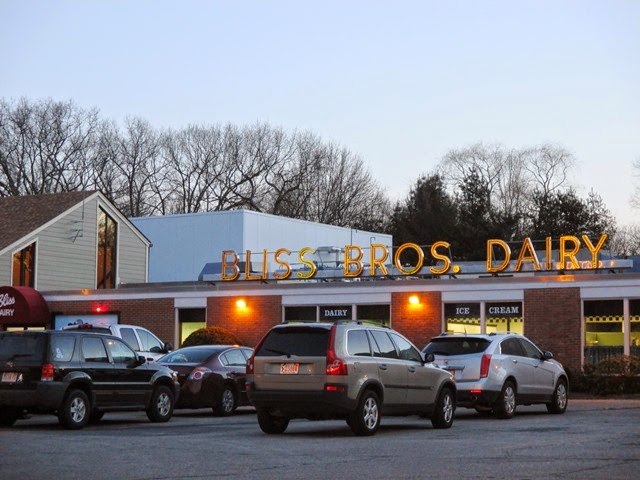 Bliss wasn’t far from the accountant’s office which was a good thing since we were both starving.  Think of Bliss Bros. Dairy as a Friendly’s or Newport Creamery.  They’ve got the typical diner fare and their homemade ice cream is sold on site in their retail shop, among other things.  You can also stop in for breakfast, seafood or a big ol’ sundae if the mood strikes you.  Click here to view the menu. 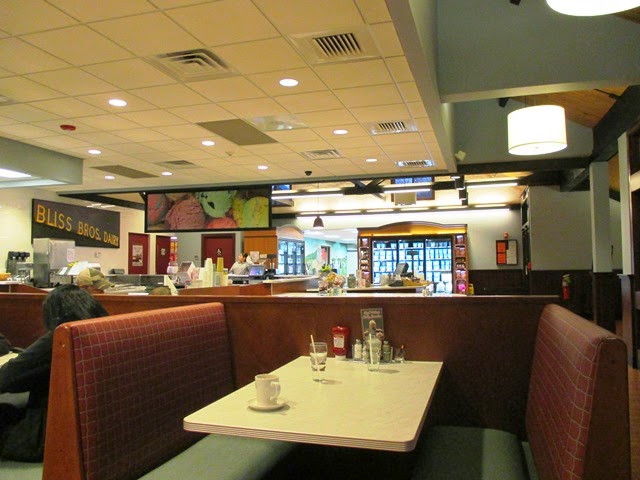 Kat brought the drinks over first.  They came in small glasses with large aluminum cups filled with extra frappe.  They were cool, thick and very flavorful.  We chose frappes because flavored ice cream is used.  With a milkshake, the flavor comes from the syrup instead.

Literally seconds after Kat brought our shakes over, our burgers were done.  Even she was surprised at how quickly they were made.  I think meat cooks faster on those diner-style flattop grills.  Either way, we were excited to eat.  Mom’s burger was cooked perfectly.  Her crinkle cut fries were crunchy yet filled with soft potato inside.  She ordered her burger plain and it arrived naked as promised.  She scarfed it down and really seemed to enjoy herself. 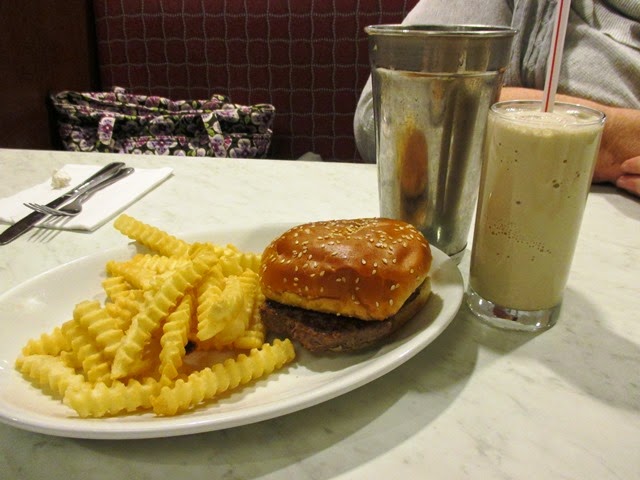 My Bliss Special was delicious.  The bacon and the burger were cooked perfectly and the veggies inside the bun were fresh and crunchy.  We always joke about how Mom’s food is always “neat” and mine is “messy.”  That’s because I usually order slippery things like tomatoes and onions, which are known for sliding out of sandwiches and off of pizza.  I cut the burger in half to control the sneaky veggies that were trying to escape.  The fries were addictive and I washed it all down with my tasty vanilla shake.  It was the perfect late night meal. 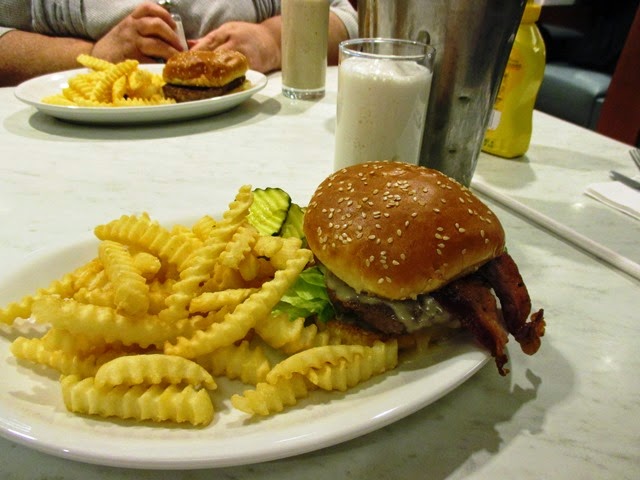 Our total came to $27.04.  We paid the bill and headed home, full and happy.  The restaurant (and restroom) was clean, the service was quick and efficient and the food was delicious.  We will definitely be back, and this time with our freezer bag to take home a couple of half gallons of Bliss ice cream.

With the manufacturing plant located just behind the restaurant, Bliss Bros. Dairy has been an Attleboro staple since 1930.  I’m glad we finally got a chance to go, even if it did take a visit to the tax man to get us there.