We had never heard of The Chocolate Delicacy before, but savvy Mom - always looking for our next hidden gem - discovered it online after searching for restaurants in Rhode Island.  Located in an adorable part of East Greenwich, we soon found ourselves heading inside for a sweet treat. 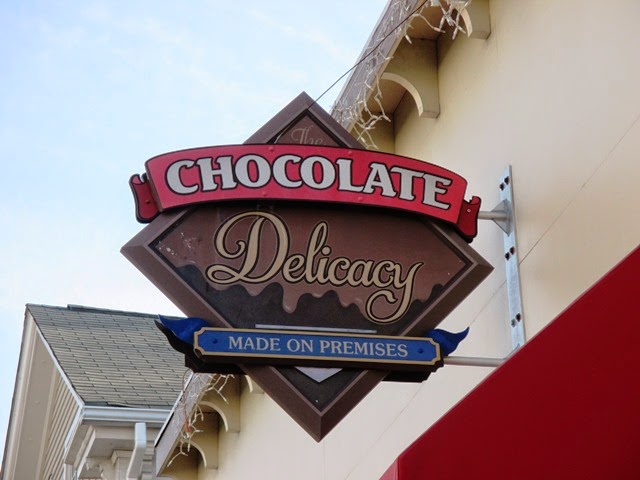 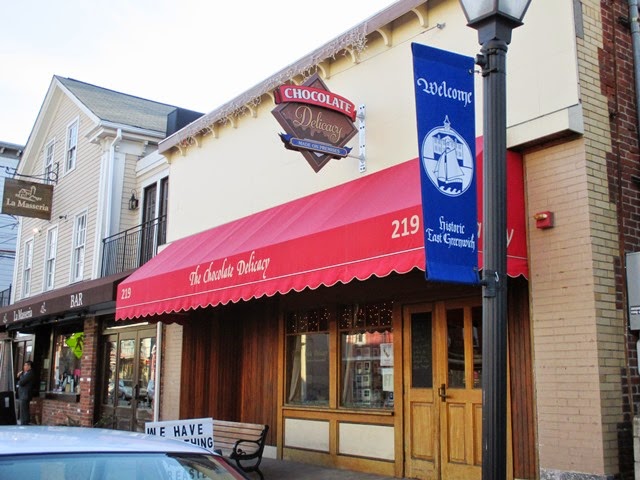 Since the chocolate is made on the premises, the smell was intoxicating.  There was chocolate as far as the eye could see.  The Easter Bunny must shop here for all of his basket-filling goodies because there was a lot of pastel-wrapped candies for the upcoming holiday. 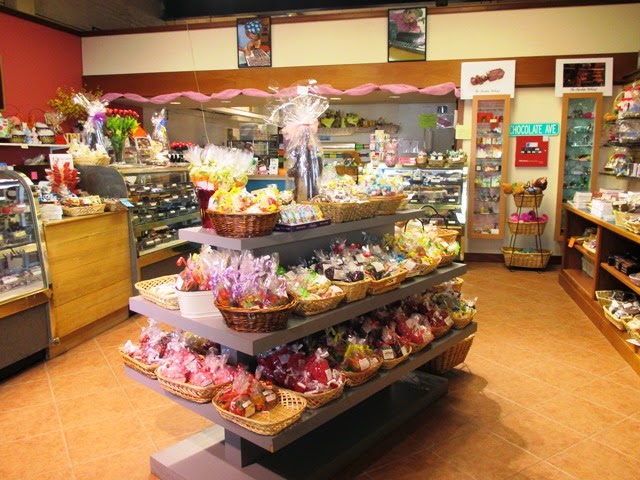 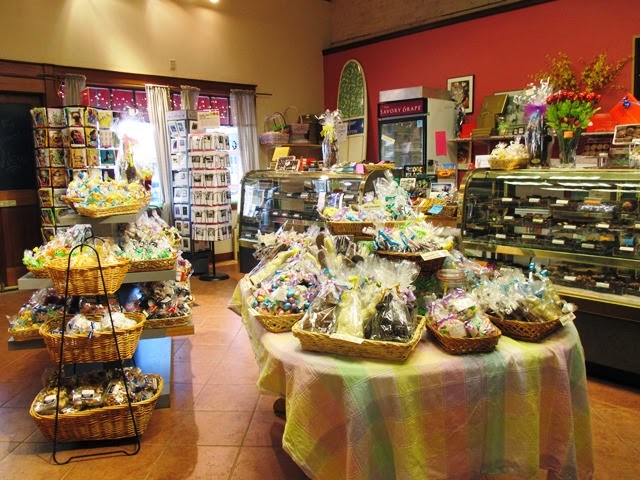 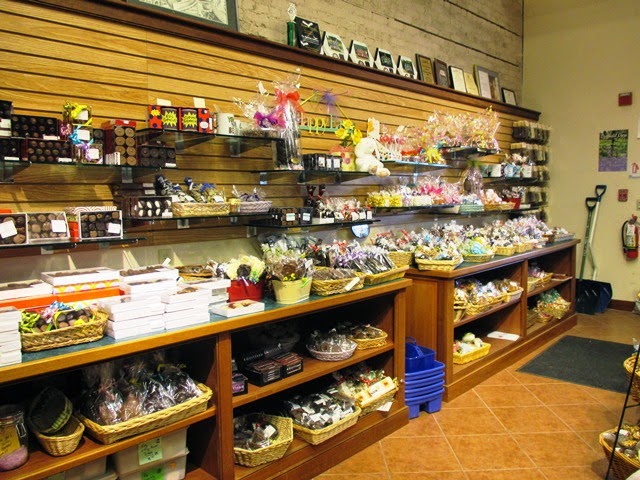 Mom and I had no idea what we wanted, but we wanted it all.  We grabbed a mini shopping basket and started loading up. We chose a box of milk chocolate sea salt caramels, two white chocolate cashew patties, a bag of white chocolate almond bark and some bacon caramels, a.k.a., "Wilburs" - milk chocolate coated candies infused with bacon.  Who could resist?  Our total came to $24.28. (Another thing that was a nice surprise was that most of our choices came in both milk and dark chocolate.)

We were out late, so we decided to save our chocolates to sample in the car later on.  We first tried the white chocolate cashew patties.  Wow!  They certainly packed these babies with large crunchy cashews.  Topped with a thick layer of caramel and white chocolate, these patties were fantastic. 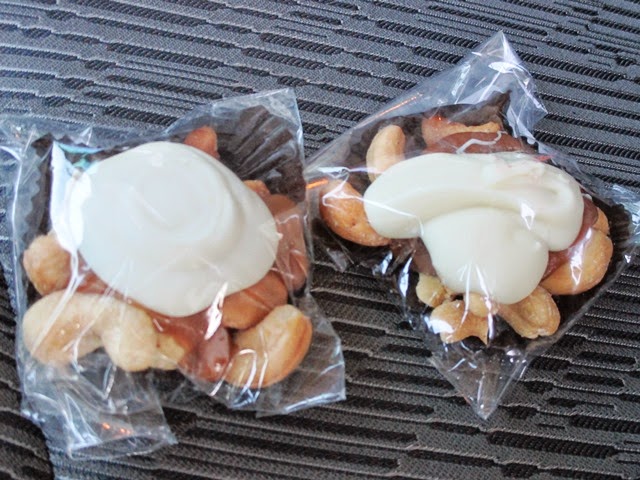 We tried the bacon "Wilburs" next.  Although it was a very dense and sticky caramel, the surrounding chocolate was smooth and - believe it or not - there were real bacon pieces in the caramel!  It had a delicious smoky taste and gave our palates a savory break from all the sweet stuff. 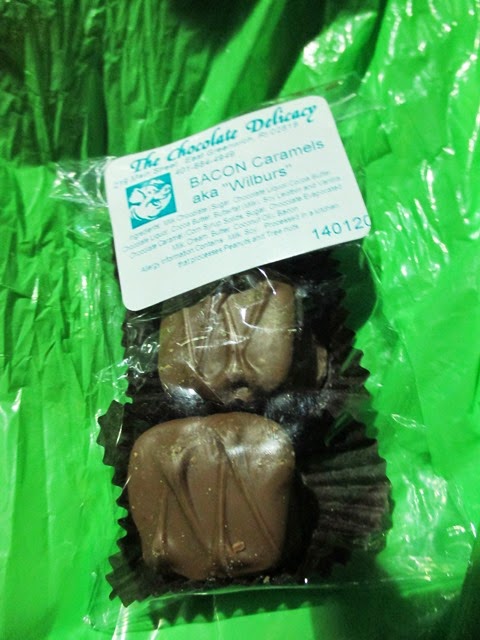 Still on a caramel kick, we decided to try the sea salt caramels.  This is really one of my new favorite things.  I love the salty taste of the sea salt against the creamy caramel and the cool chocolate.  It's just delicious.  These candies were softer than the "Wilburs" but were very tasty. 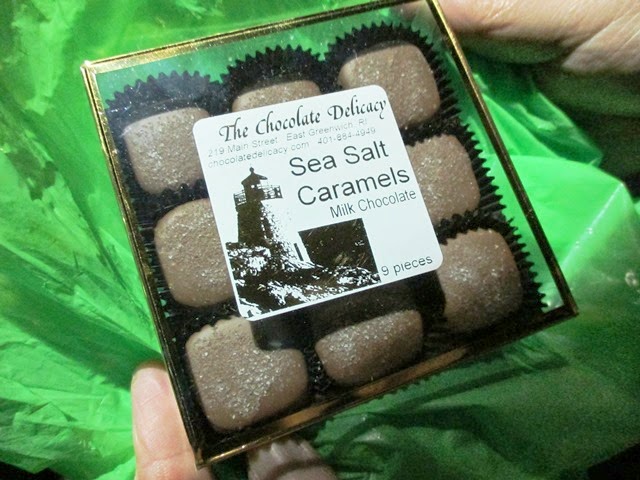 Last, but certainly not least, was the bark.  We loved it.  The white chocolate from The Chocolate Delicacy is extremely flavorful.  Sometimes, although the chocolate is white, it doesn't have that distinct white chocolate flavor.  This one certainly did.  Packed with crunchy almonds, we couldn't get enough. 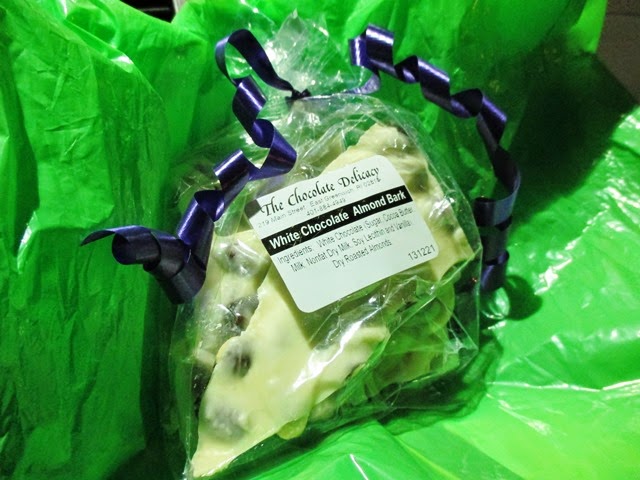 All in all, we really enjoyed everything from The Chocolate Delicacy.  The chocolate was rich and full of flavor, the prices were adequate for homemade chocolates and the biggest surprise was that they didn't skimp on the added ingredients!  If you want nuts in your chocolate, then nuts you shall have.  And plenty of them.