The Liberal Club has been a Fall River staple for as long as I can remember.  City residents come here for parties, weddings, funerals and – in the summertime – Portuguese feasts.  On this freezing winter day, Mom and I visited their restaurant for something to warm our cold bellies. 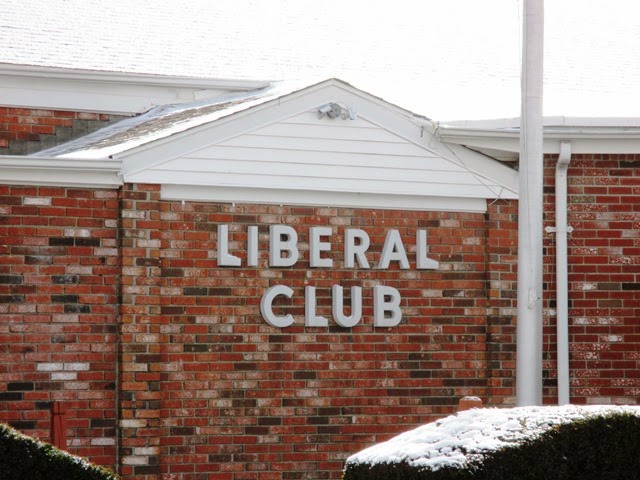 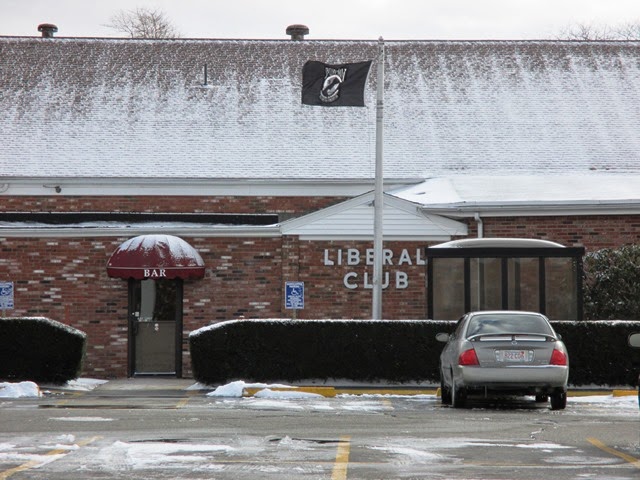 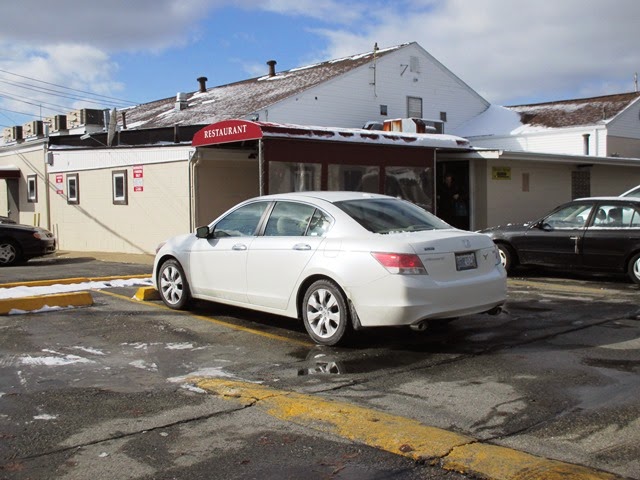 Once inside we were instructed to sit in a certain booth by one of the waitresses. She later came over to take our drink order, which is paid for separately.  We chose two bottles of diet root beer which came to $3.50.  The waitress left us alone with the menus to give us time to decide on a meal.

Since we had been to the Liberal Club before, I was focused on their famous French onion soup ($4.95).  It was excellent when I had it the last time and it was just what I needed to warm up.  Mom already knew what she wanted – the baked scrod ($14.95).  She had heard great things about the scrod but had never tried it.  Today was the day. 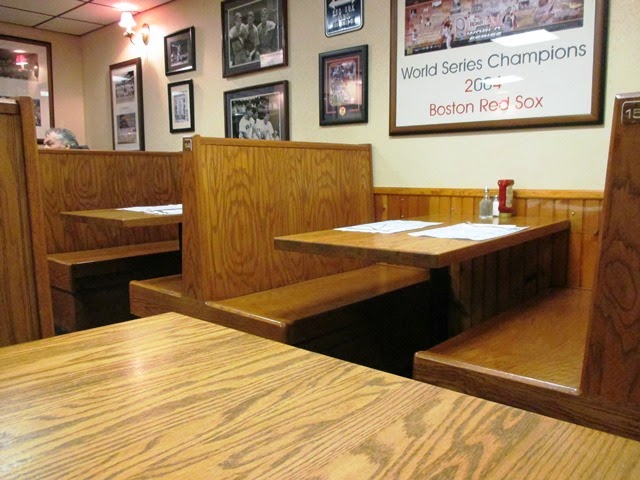 When the waitress returned, we placed our order.  In addition to Mom’s scrod and my crock of soup, I also ordered a tuna salad sandwich with fries ($7.95).  While we were waiting for our food to arrive, we noticed that the restaurant started to fill up.  By the end of our meal, almost every booth was taken.

Our starters came out first.  Mom’s dinner came with a side salad and she chose Parmesan peppercorn as her dressing.  She said the vegetables were crunchy and fresh and the dressing was tasty.  My soup – as expected – was amazing.  I could order this every single time I come here.  The cheese topping is thick and gooey and the onion soup is rich and flavorful.  It’s got a great taste to it and the bread at the bottom broke up the spiciness of the broth.  A fabulous choice. 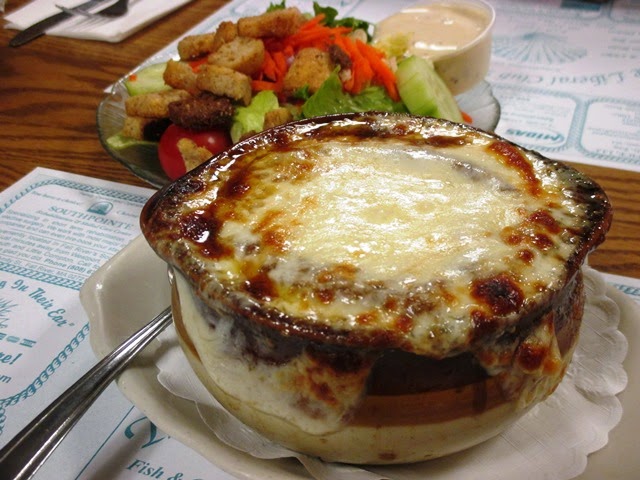 The entrees arrived soon after we finished the soup and salad and everything looked great.  My sandwich was surprisingly scrumptious!  The Liberal Club uses red onion in their tuna salad and that really gave the sandwich a kick.  I chose rye bread which was soft and fresh.  The fries were good and plentiful.  There was also a crunchy pickle on the plate.  Everything was fantastic. 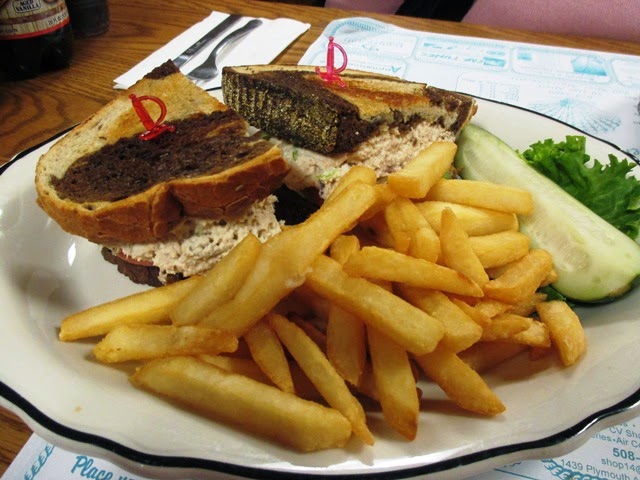 Mom’s scrod had a Ritz cracker crumb topping and came with a side of real mashed potatoes and cole slaw.  The slaw was cool and crisp, the real potatoes were savory and the scrod was white and flaky.  Mom said that the fish was cooked perfectly and the piece itself was generous.  You didn’t even need a knife; the scrod fell apart with just a fork. 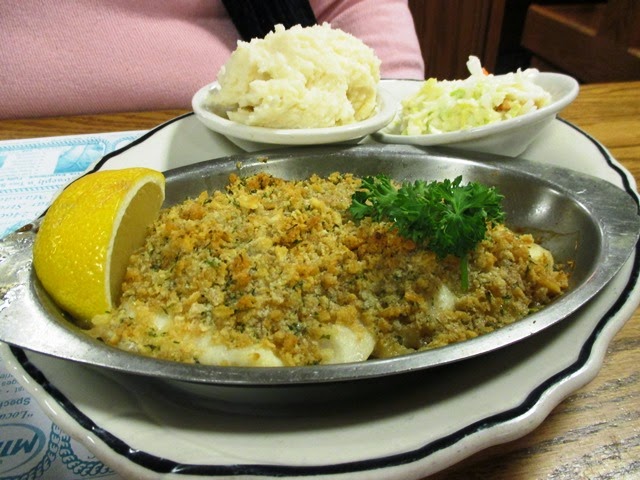 Our food total came to $29.80.  As Mom and I headed back out into the frigid temperature, we vowed to return to the Liberal Club.  Although I am obsessed with the French onion soup, the next time we visit I want to try one of their delicious dinner options.  I’m sure everything will be as appetizing as always.