Mom had been looking for new restaurants in the Swansea area on Yelp.com, and during her search she came across a four-star rating for Krazy Korner Bagel & Deli in Seekonk.  We’d been passing the bagel shop – located on Route 6 – for years.  People were raving about it online, so I decided to make an early “bagel run” on Sunday morning. 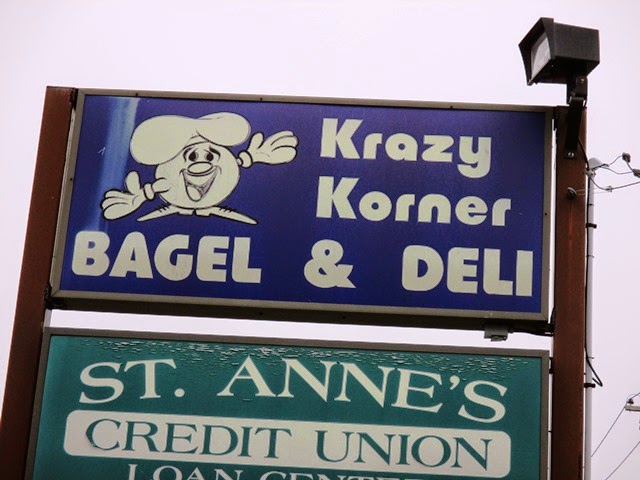 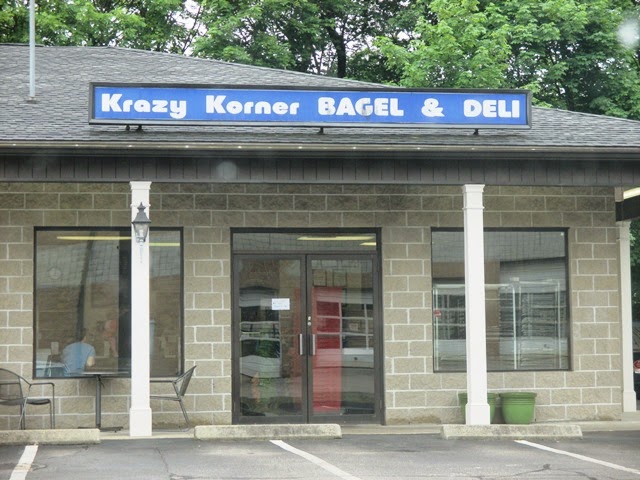 When I arrived, the place was packed and they’d only been open for two hours!  Apparently Krazy Korner is quite the local favorite.  I ordered six bagels – rosemary and olive oil, jalapeno and cheddar, French toast, blueberry, chocolate chip and asiago – with a medium size tub of maple walnut raisin cream cheese.  I know that my cream cheese of choice wouldn’t match with some of my bagel picks, but I was lazy and didn’t feel like ordering individual cups of cream cheese. 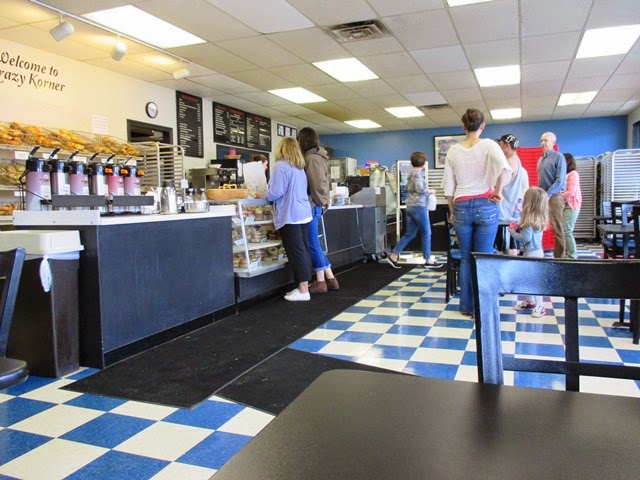 When the girl behind the counter asked me if I wanted brown sugar on my French toast bagel, I said no because I thought that the brown sugar would be stuck to the other bagels.  Little did I know she was going to put it in a separate bag anyway.  Ugh!  Next time I’m getting brown sugar.  When she packed up the bagels, the girl asked me if I wanted a freezer bag.  I was going right home, so I declined.  My total for the six bagels and tub of cream cheese was $10.93.

By the time I got them home, I was starving.  Mom and I tore into the bag and started picking flavors.  I grabbed the rosemary and olive oil and she went for the French toast (sans brown sugar, and I could kick myself for not getting it).  We cut them open and the smell from both was intoxicating.  My bagel really had a heavy rosemary scent while Mom’s bagel had a sweet French toast fragrance.  We lathered on the cream cheese and dug in.  They were both excellent.  The bagels were chewy just like real New York bagels and they were a great size.  We read that the bagels are made fresh daily and never frozen.  As for the cream cheese, it was loaded with crunchy walnuts and juicy raisins and had a great maple flavor.  Everything was fantastic. 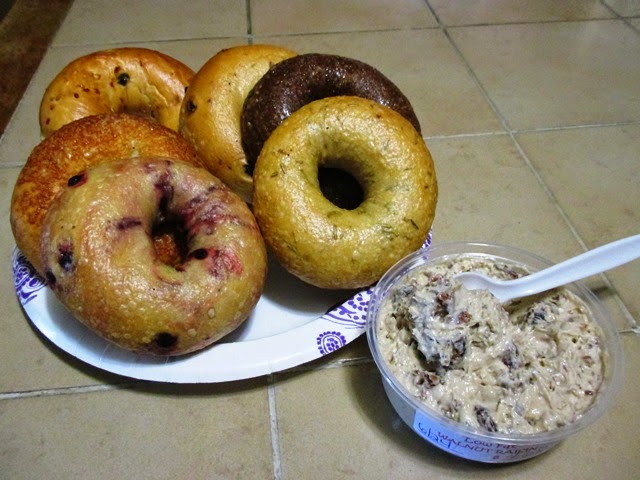 Being a pig, I decided to have the asiago bagel as well.  Again, it was perfect.  It had a crunchy layer of tangy asiago cheese on top and the taste was great.  We were instructed to keep the bagels in the refrigerator or freezer to keep them fresh, so the rest of our goodies are currently being chilled.

We will definitely be back to Krazy Korner and we can absolutely see what all the fuss is about.  They have a great selection of bagels, cream cheese, sandwiches and lunch items that we can’t wait to try.