I’m going to start this review by stating that Mom and I look forward to having breakfast at The Pancake Man every summer.  Unfortunately, today’s visit fell flat for the very first time. 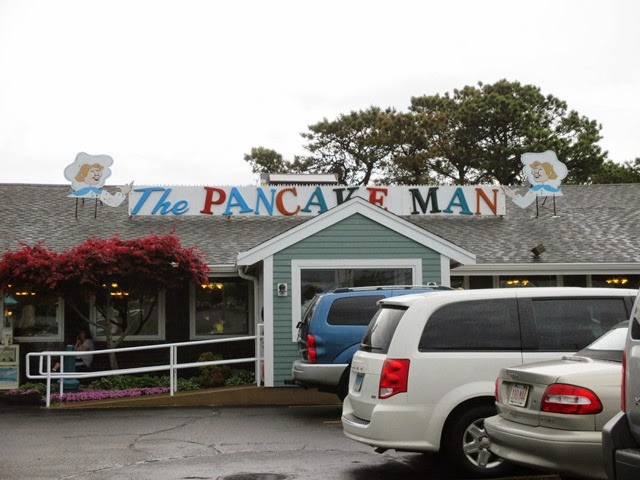 Normally, our experience is great.  We always have quick, friendly service and the food is always good.  Our last visit to The Pancake Man was on Memorial Day.  We stopped in for breakfast before heading down to the cemetery to visit with my late father and uncle.  We were seated right away and our food was delivered at an appropriate time.  Everything was perfect and we couldn’t wait to go back.  We decided to make a return visit on Memorial Day this year, but unfortunately the service was a bust.

We pulled into the parking lot at around 10:45 a.m. and it was completely full.  As I creeped around looking for anyone who might be pulling out, Mom spotted someone leaving and I zoomed in.  So finding a parking spot only took about two minutes.  As we walked toward the door, a line had formed on the entrance ramp.  Worried that we were going to be waiting long, we crossed our fingers and hoped for the best.  Fortunately, the line moved very quickly and we were seated within five minutes of parking the car.  I’m going to guess that by the time our buns were in chairs, it was around 10:55 a.m. 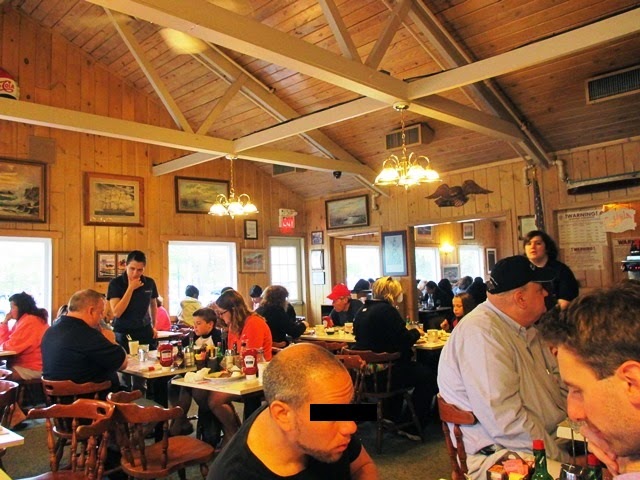 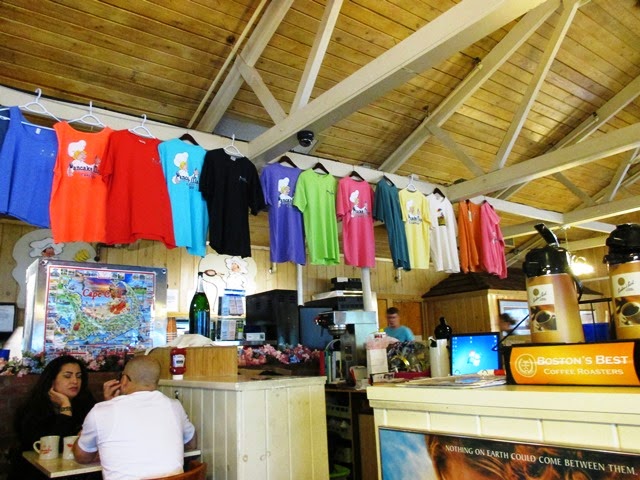 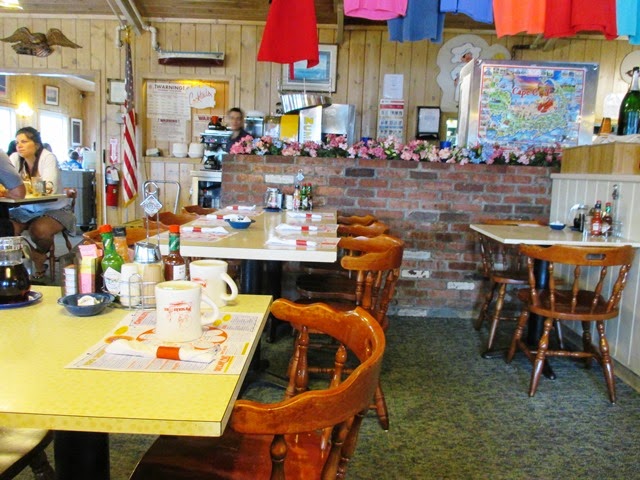 Busy as always, The Pancake Man was filled to capacity.  Everyone was getting their pancakes on!  Mom and I were seated by the door and very close to another table with two youngish men.  Our waitress – who seemed completely overwhelmed in a “first job” or “first time working the holiday” kind of way – arrived to take our drink order.  We both got hot coffee ($4.70 for both) and decided to get a half carafe of their famous freshly squeezed orange juice ($5.99). 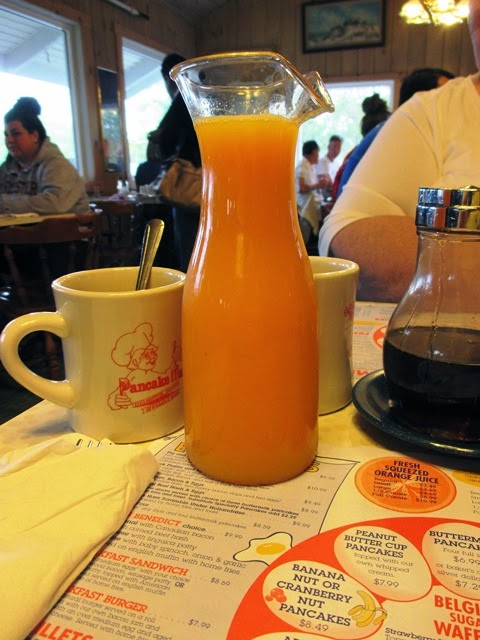 The waitress returned with the pot of coffee, but forgot the carafe.  The coffee was actually very tasty but when she brought the carafe of juice to the table, she brought us two very hot glasses (perhaps they had just been washed in scalding water), so we had to wait until they cooled to pour in the OJ.  When we did, we absolutely loved the taste.  The Pancake Man has a great machine that squeezes all the oranges and the customers can watch the whole process.  It’s very cute, and I can see why people go nuts over freshly squeezed – it tastes a thousand times better than store bought.

It was time to order.  Mom chose the peanut butter cup pancakes ($7.99) and I ordered the red, white and blue French toast in honor of Memorial Day.  The waitress informed me that there was no more blueberry French toast, so I went with an order of cranberry nut pancakes instead ($8.49).  We also decided to split a side of bacon ($3.95).  At the same time we ordered, the waitress took the order of the two dudes sitting on the side of us.

After waiting a few minutes, the guys on the side – who had been looking at their watches the whole time – informed the waitress that they would have to take their food to go.  One of them paid the check while their food was boxed up in the kitchen and brought out to them in a bag.  The waitress apologized and the bill payer told her that the wait was a bit faster the day prior which is why they returned today.  Apparently they had somewhere to be.  After seeing the men leave with their to-go containers, Mom and I figured that our food – ordered at the same time as theirs – would be out shortly.

The waitress kept coming over to assure us that she did put in our order, but we were getting frustrated because customers that had come in before and after us were already getting served.  We ordered pancakes and a side of bacon – not that hard to prepare.  In the eloquent words of my mother:  “You flip them, you flop them, you put them on a plate … what the hell is taking so long?”

There was more waiting, and more waiting, and more waiting.  “I swear I put the order in,” said the waitress, “but the kitchen is backed up.”  Really?  Why was everyone else eating?  My mother swore up and down that the kitchen lost the slip, and several times she tried to attract the waitress’s attention to try and persuade her to go and check on it.  We had seen her several times just standing around waiting for our pancakes to appear, but nothing was happening.  We were getting pissed off.

After ONE HOUR of waiting for pancakes, our food arrived.  It was around 11:45 a.m.  Ridiculous.  I’ve never had to wait that long for pancakes in my life.  Mom and I almost left the restaurant, but we were too invested.  By this point we were starving and although the waitress seemed thrilled that she was finally giving us our plates (sans bacon, which she forgot and had to go back for), we showed no sign of enthusiasm and just dug in.

Mom’s peanut butter cup pancakes (she’d gotten them before on other visits) were as good as she remembered.  Topped with real whipped cream and lots of peanut butter and chocolate chips, she said that everything was fantastic.  The meaty bacon was also great and although it wasn’t crisp, it had a nice smoky flavor. 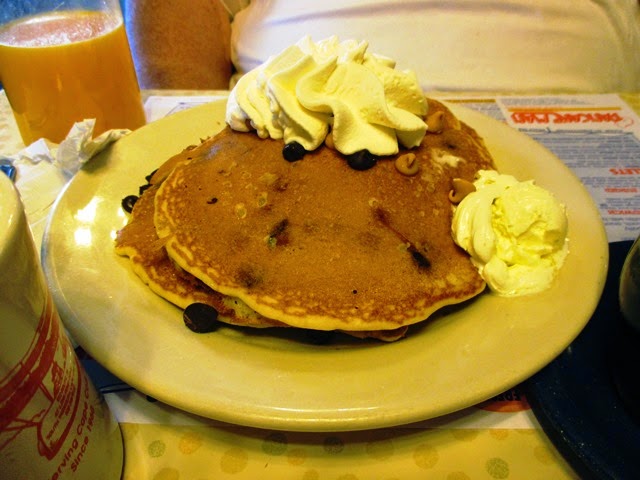 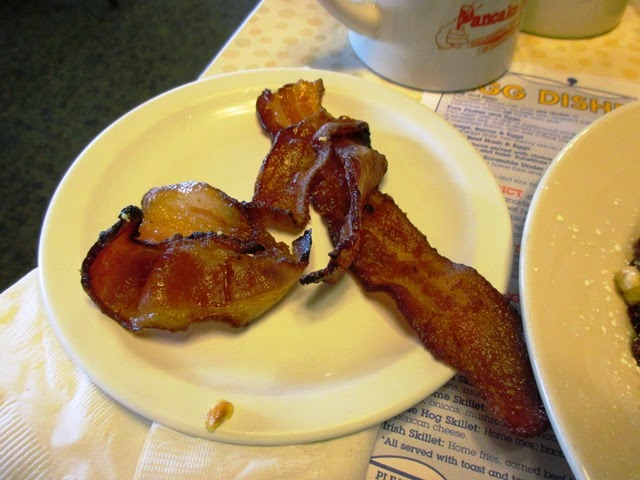 My pancakes were loaded with juicy cranberries, powdered sugar and crunchy walnuts.  My pancakes perhaps could have used a bit more butter to moisten them up, but I tried to accomplish that using syrup.  They were very tasty and extremely filling.  Even Mom commented that there could have been more butter on her pancakes, but we were afraid to ask for anything else because we just wanted to eat and get out. 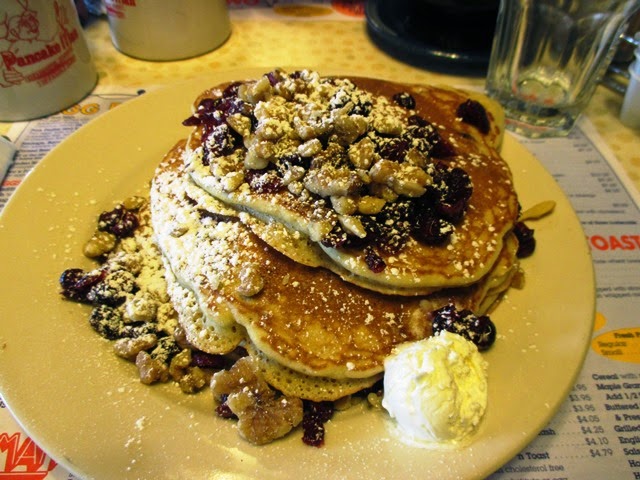 During our meal, the waitress came over and said, “Was it worth waiting for?”  I think Mom replied, “We almost left,” to which the waitress replied, “I wouldn’t have waited.”  Nice to know.

Our total came to $33.30 and although we usually leave a twenty percent tip, I only left eighteen this time.  She probably won’t even notice, and maybe none of this was her fault, but we were over it big time.  Not good, Pancake Man.  Please get it together, because we’ve always liked this place and we want to go again.  However, we’ll definitely be holding off for a while.