Mom and I love getting our chocolate on, and since we found ourselves in Quincy having lunch at The Clam Box, we knew just the place to satisfy our sweet tooth. 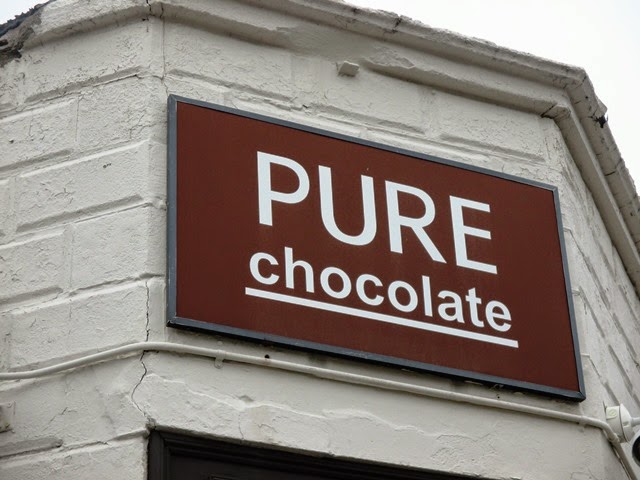 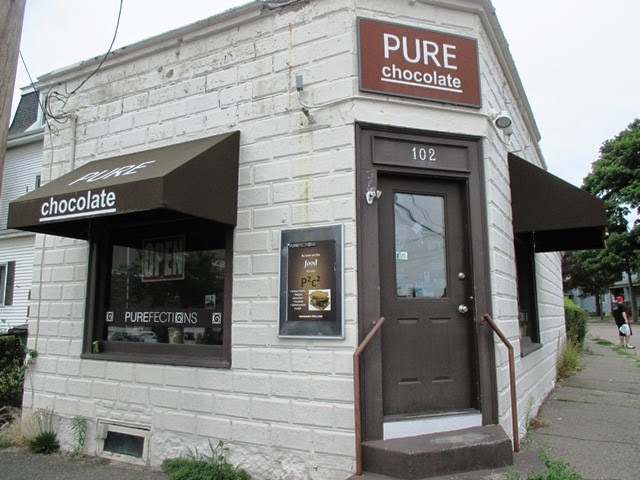 We’ve been to Purefections Chocolate one other time, and we both thought that it was some of the best chocolate we’ve ever had.  We’ve tried Hilliard’s, Sweenor’s, Dorothy Cox, Godiva and many other candies from local chocolatiers, but the offerings at Purefections were top notch – especially the P2C2. 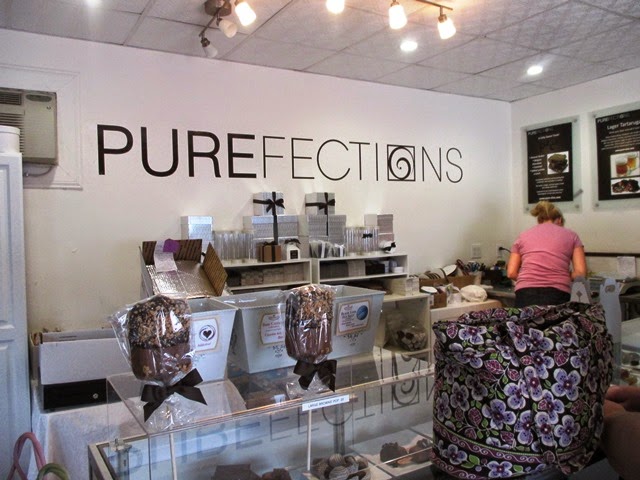 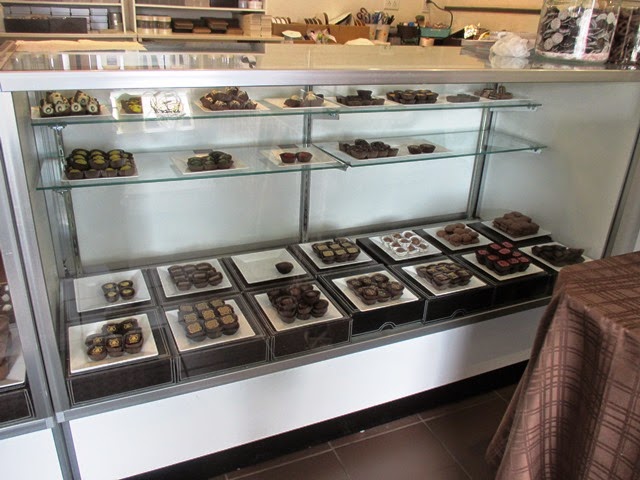 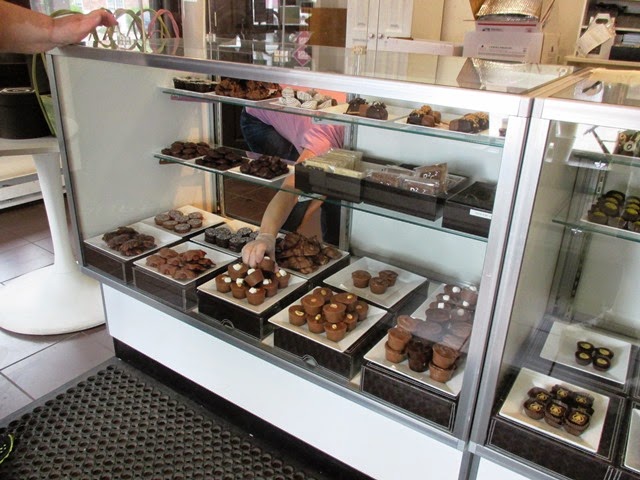 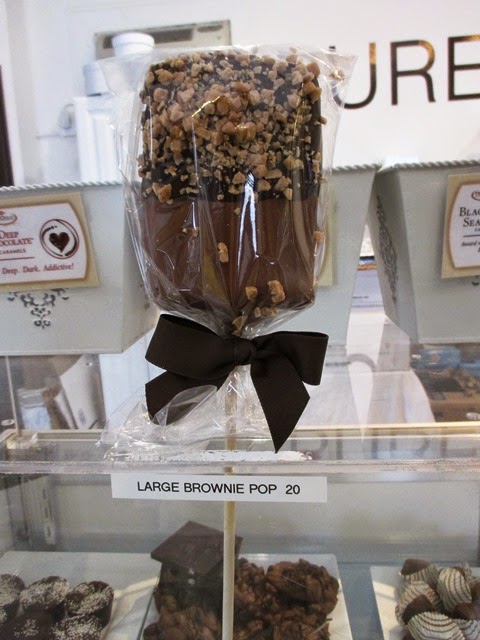 The P2C2 (pronounced “P squared, C squared”) is a nicely sized piece of Belgian chocolate mixed with peanut butter, caramel and a salted potato crunch.  “A salty sweet treat” notes the wrapper.  It comes in milk, dark and – we found out today – white chocolate.  The P2C2 is probably the tastiest candy bar you’ll ever have, which is why it has been featured on several food-themed television programs.

Obviously Mom and I were there to score some P2C2 (both milk and white), but we also chose two milk chocolate tartarugas with spiced pecans, two milk chocolate cashew clusters, two pieces of milk chocolate almond toffee, two peanut butter and marshmallow cups and two dark chocolate lavender truffles.  Mostly everything at Purefections is made with different types of chocolate, but Mom and I tend to favor milk over dark (even though white is our real favorite).  Our total came to $38.50.  Is this a lot to pay for chocolate?  Yes, but A) we’re never in Quincy and B) it is delicious and worth every penny. 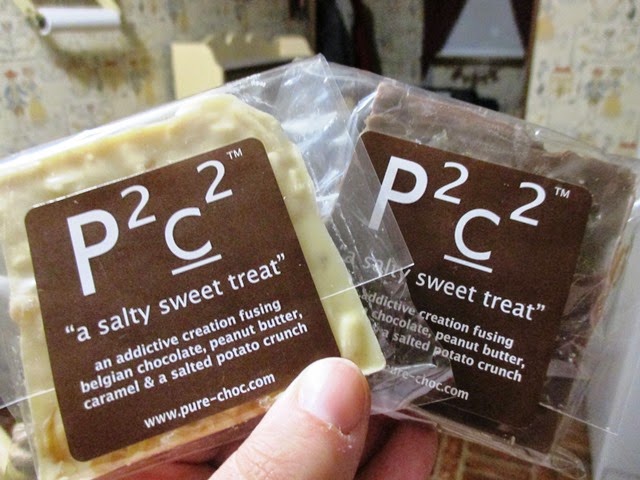 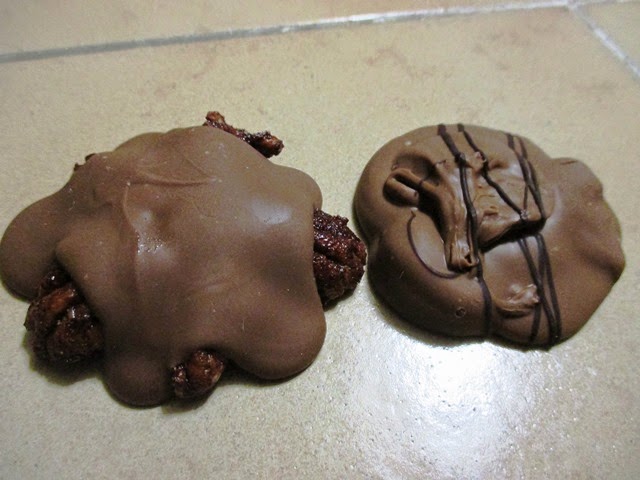 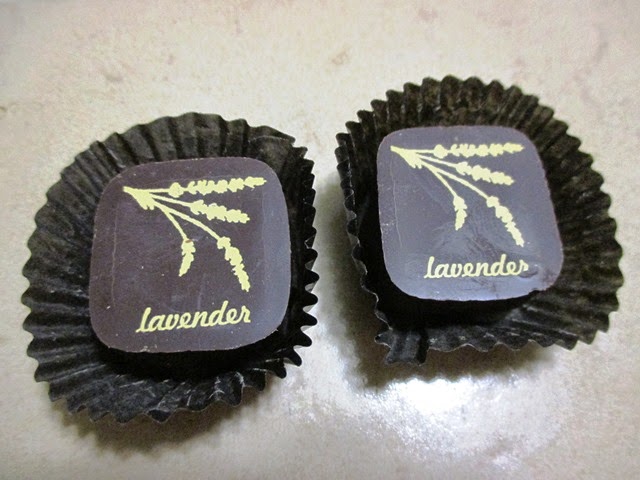 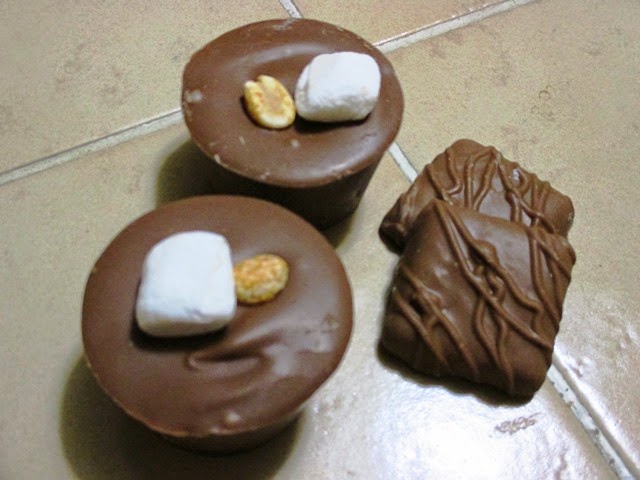 The P2C2 was just as good as we remembered.  The pieces of potato crisp are minced so that you get a tiny bit of texture in every bite (think Nestle’s Crunch).  The chocolate on each candy was very creamy, and Mom marveled at the fact that the candy (even the white chocolate!) wasn’t overly sweet – it was rich and flavorful.  You get what you pay for.  The delicious turtles, cups and clusters were filled with their requisite ingredients and were fantastic.  The toffee was very tasty and the lavender truffle was crazy because it tasted just like lavender smells – only less harsh and surrounded by sweet dark chocolate.  Everything was amazing.

Purefections is definitely one of the greats.  You can order online (click here) or stop inside and choose something from the display case.  Make sure to pay attention because the store is small and barely noticeable from the street.  Once inside, be sure to get their signature P2C2.  You will thank us.