Mom and I had been less than impressed with the last few seafood meals we’d eaten.  Either her order of fish and chips was way too greasy or my chowder was nothing but water and potatoes.  We were looking for a restaurant that would bring our love for fried seafood back, and one of the first places we thought to try was Scales. 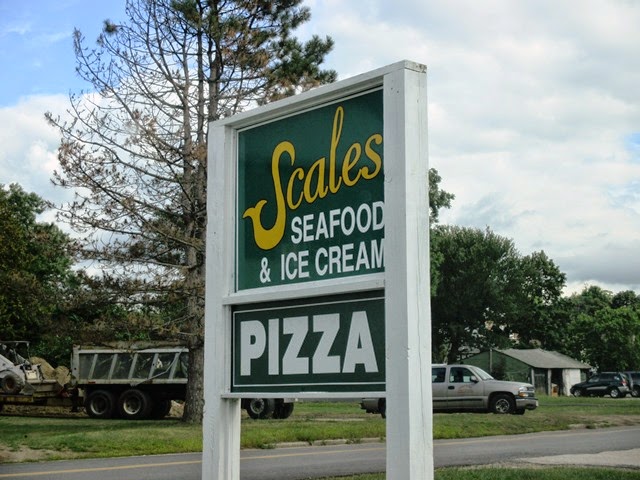 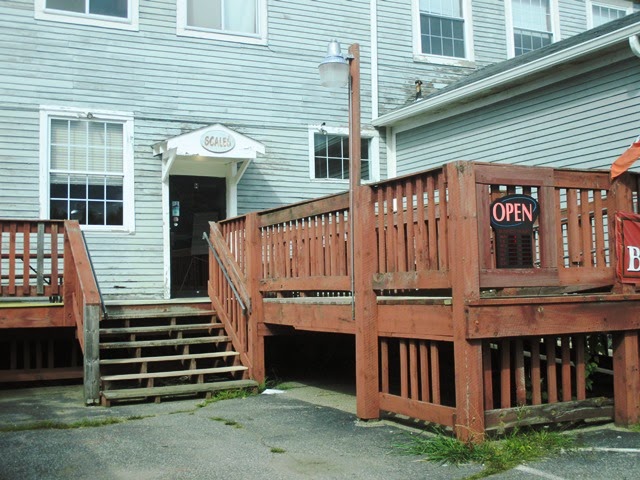 Mom found Scales by watching Phantom Gourmet.  The owners of Scales have appeared on a few different reality TV food shows in the past and are now running an awesome seafood restaurant in what looks like an old factory.  Other than the menu, the reason the place is called Scales is because of all the antique scales that line the restaurant.

We were even more excited to try it because of all the great online reviews.  We took the drive to Millbury and found Scales thanks to the large sign on the main road.  Otherwise, we would have never noticed it hiding inside that large building!  Once inside, Mom found a table while I stood at the window to place our order under large whiteboards which featured all of their offerings. 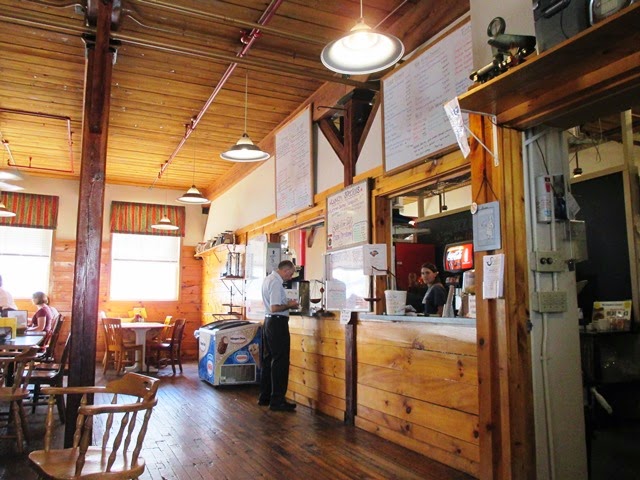 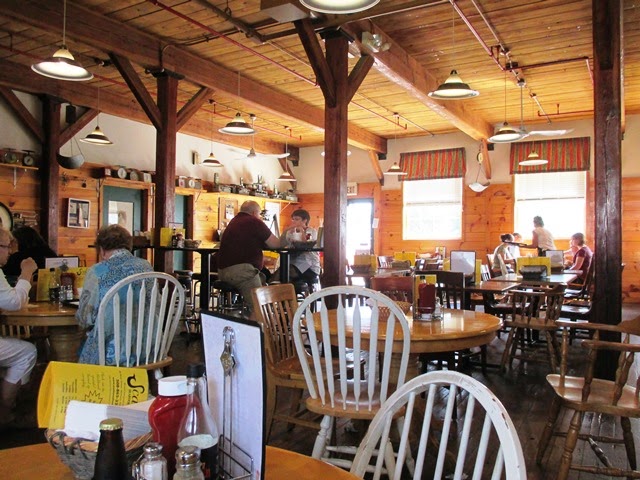 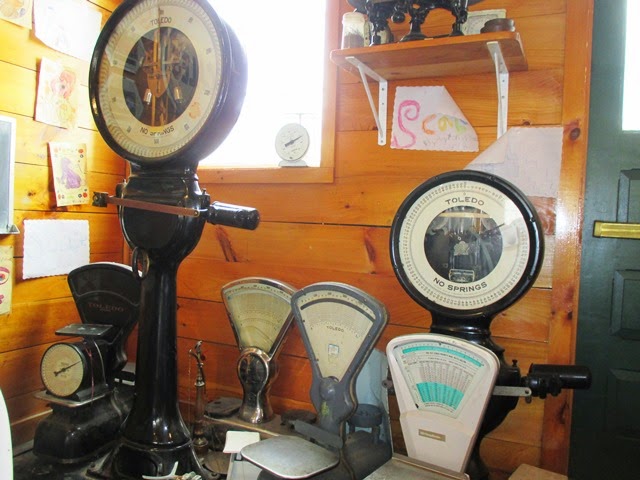 For our meal we ordered the garlic knots ($2), a cup of chowder ($3.95), a clam strip roll ($7.25), crab cakes ($6.95), haddock tidbits ($7.95) and bottled drinks for a total of $33.81.  We were given a little piece of wood with a number written on it and I took my seat with Mom to wait for our food.  We took notice of all the scales – from very large to very small – scattered throughout the large dining area.  We both thought that the interior was very simple yet attractive. 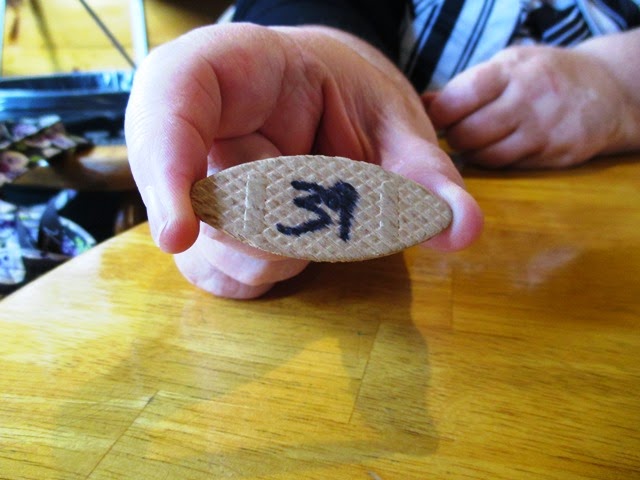 Our food came out and everything was piping hot.  We ordered multiple dishes so that we could try our favorites since we aren’t in the Millbury area often.  My chowder was absolutely fantastic.  In fact, it was one of the best chowders I’ve ever had – if not THE best.  It’s a tie right now between Scales and Captain Parker’s Pub in West Yarmouth.  The broth was made New England style – white, thick and creamy – and was filled with perfectly cooked potatoes and tender, juicy clams.  As hot as it was to eat, I was slurping down every bit.  It was incredible. 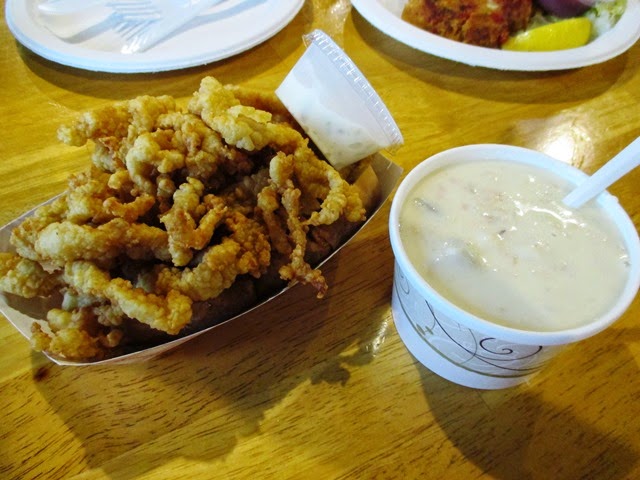 My clam strip roll was delicious.  The batter was dry and the clam strips were tender.  The roll had been buttered and grilled, but perhaps there was a bit too much butter for my liking.  However, it didn’t take away from the taste.  I absolutely love clam strip rolls and this one was one of the best.

Mom’s order of haddock tidbits was fantastic.  Again, the batter was dry and crisp and the fish inside was perfectly white and flaky.  Her dinner came with an order of fries, cole slaw and tartar sauce.  She found the fries to be on the limp side, but she really wasn’t there for fries.  The fish was definitely the star, and it was able to take her mind off of all the greasy fish dishes she’s had recently at other restaurants.  The haddock tidbits were definitely a winner. 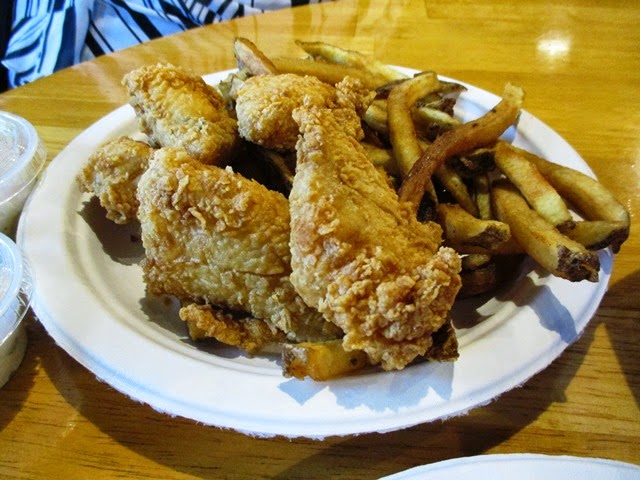 As for the crab cakes – they were outstanding.  Even more than we expected.  There was a LOT of crab meat mixed in these beautiful cakes, which were also stuffed with a variety of different vegetables to enhance the flavor.  The taste was out of this world.  The crab meat was juicy and sweet and the red sauce that was served on the side was cool and refreshing.  We have a suggestion for the chef – how about putting these cakes into a wrap with some lettuce, tomato and a drizzle of the sauce?  You could call it … I don’t know … a New England Bite? 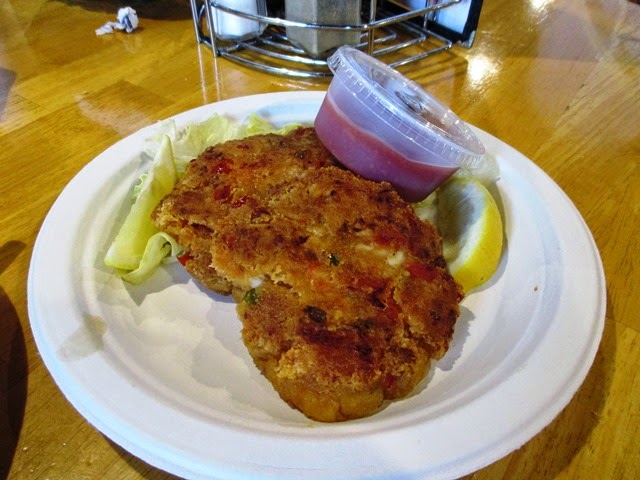 Last, but definitely not least, we tried the garlic knots.  They come three to a serving and they are HUGE.  Soft bread knots are served warm with fresh garlic smeared over them.  They were extremely tasty and a great way to end the meal.  They are addictive, so be prepared to get a to-go basket of knots for the ride home. 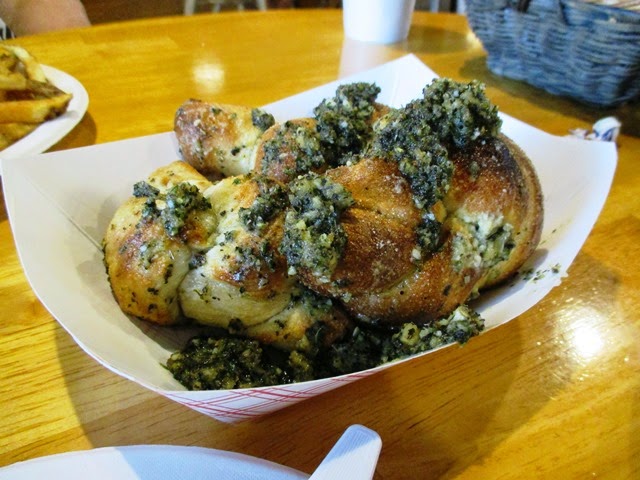 Scales doesn’t just serve seafood.  They also have a large pizza and sub menu as well as an ice cream window.  (Click here to view the menu.)  There’s something for everyone here, and delivery is available for lucky residents of Millbury.

We saw the two owners briefly when they stopped to ask everyone in the dining room if their meals were OK.  The staff at Scales was very friendly and the restaurant – including the restroom – was spotless.  Also, Scales is cash only and BYOB.

Mom and I left full and happy.  Our love for fried seafood had been rejuvenated thanks to this Phantom favorite.  Taking a cue from The Most Interesting Man in the World:  “We don’t always visit Millbury, but when we do, we’re going to Scales.”