Thanks to another appointment, I once again found myself in the Newport area.  I just love sandwiches so I decided to go to a place in nearby Middletown that I have been driving by for years – Pickles. 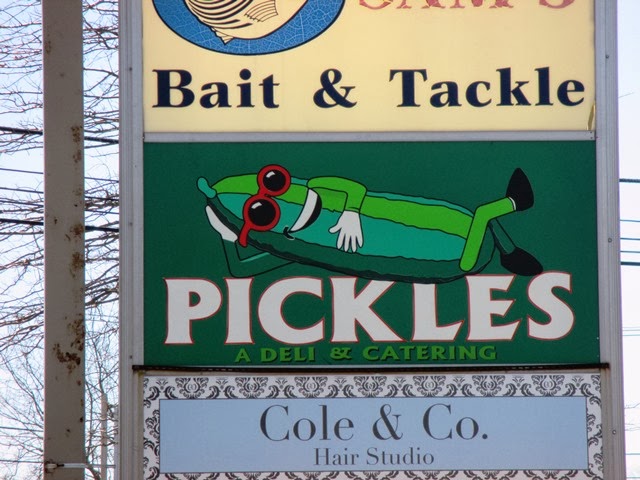 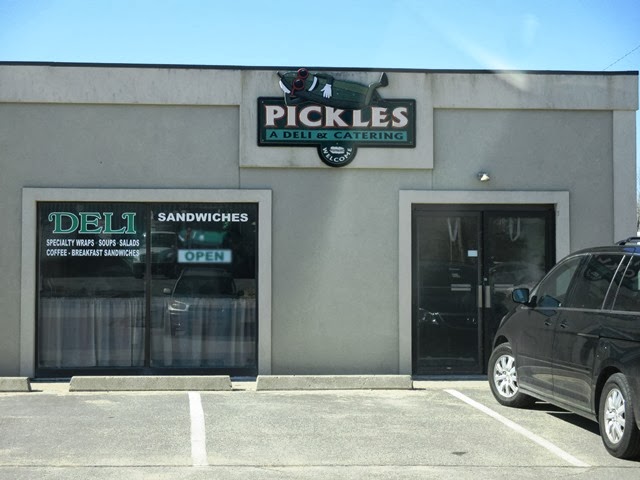 A while back, the restaurant sign used to read:  Pickles – A Deli.  One day while we were driving past, my sister announced that she wanted to go to PicklesADeli.  I started laughing and explained that the “a deli” part was just the description as to what Pickles was.  To this day I still refer to Pickles as “PicklesADeli.”

I pulled into the parking lot which was quickly filling up because it was lunchtime.  When I got inside, I was surprised at how large the dining area was.  There were several tables – most of them occupied – and on the wall were two large notice boards with the Pickles specialty sandwiches listed. 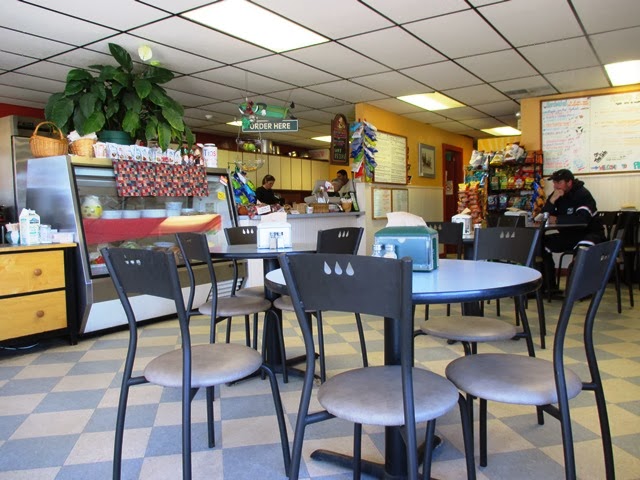 I had previously checked out their online menu (click here to view), so I already knew what I wanted.  I ordered a “Jaws,” which is their house made tuna salad in Syrian bread with melted Muenster cheese and tomato ($6.75).  I also pulled a can of Coke out of a nearby cooler ($1).  The cashier was extremely friendly and complimented the ring I was wearing.  I noticed that the other members of staff seemed like they were in a great mood as well.  Pickles must be a fun place to work!  My total came to $8.37.

I sat at a nearby table and waited for my sandwich to be made.  While I was hanging around, I noticed a few customers coming in that seemed to be regulars.  They were greeted warmly and made small talk with the staff.  I looked around and saw that all of the patrons seated had smiles on their faces as they were eating their lunches.  The whole scene was really getting me excited for my meal.

When my sandwich was ready I noticed on the board that Pickles serves a side order of potato salad.  I decided to get one before leaving which came to $2.71.  With my bag in hand, I decided to set off for the beach.

I drove down the road and parked at Easton’s Beach in Newport.  I turned off the car, turned up the radio and dug into my food.  I went for the potato salad first and it was delicious.  The potatoes were skin-on Red Bliss and were cut into thick chunks and covered with a tasty dill sauce.  It left my mouth with a pleasant flavor. 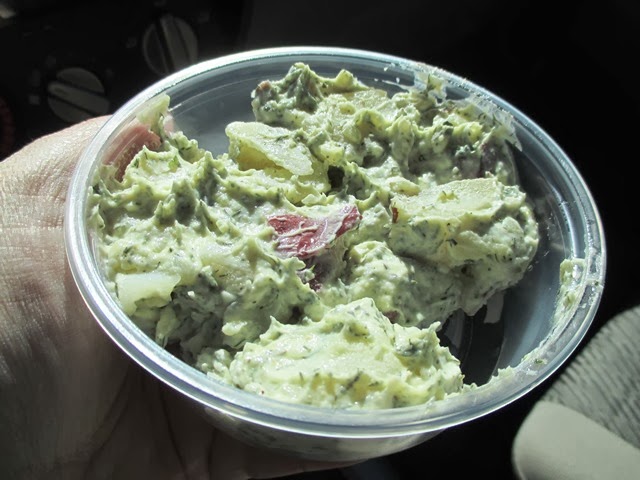 Next up was my “Jaws” sandwich.  This was excellent as well!  Although a bit difficult to eat in the car, the Syrian bread was soft while the cheese and the tuna were hot and fresh.  I really liked the way they layered the tomatoes into the sandwich.  They were very thinly sliced and slid right into the bread perfectly.  All in all it was a fantastic lunch for a great price. 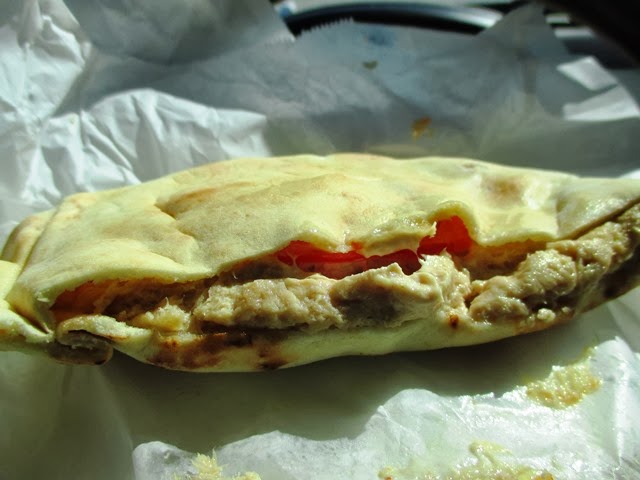 I will absolutely be going to Pickles again, hopefully sooner than later.  Sandwiches are definitely my thing and I can’t wait to try one of their other recommended favorites.  I also noticed a steaming bowl of broccoli and cheese soup going by, so next time I plan on staying inside and having another scrumptious deli lunch at Pickles.