Hey guys!  Laura here.  I don’t normally go it alone, but I had an afternoon appointment in Newport and so I decided to take myself to lunch.  I’m always in a sandwich mood, so when I surfed the web for lunch suggestions I was directed to a place called Rosemary & Thyme. 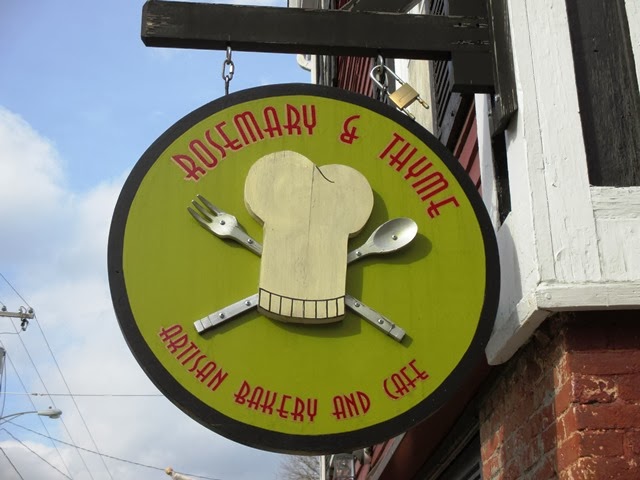 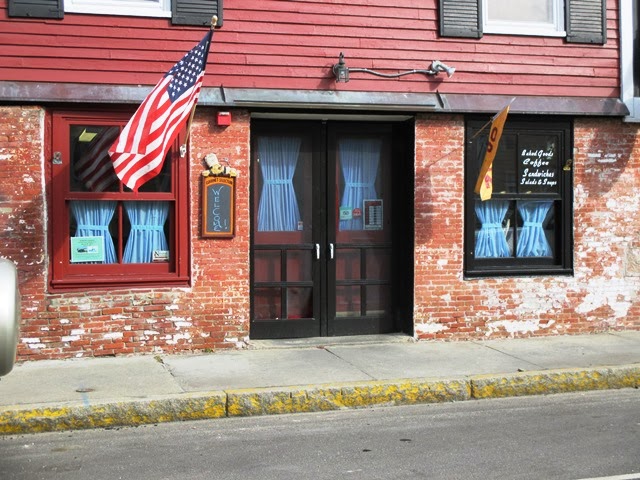 Described as an artisan café and boulangerie, Rosemary & Thyme is located in the historic Thames Street area.  I pulled into the 15 minute parking area and stepped inside.  Right away I was greeted with the smell of something on the grill.  I couldn’t make out what it was, but as I got further indoors I found the dining area was a bit smoky.

I approached the counter and was greeted by a woman who was raving about the freshly-baked fragrance of some raspberry pastry.  As I was ordering my sandwich I definitely could smell the fruitiness of the treats and planned on taking something delicious home for Mom. 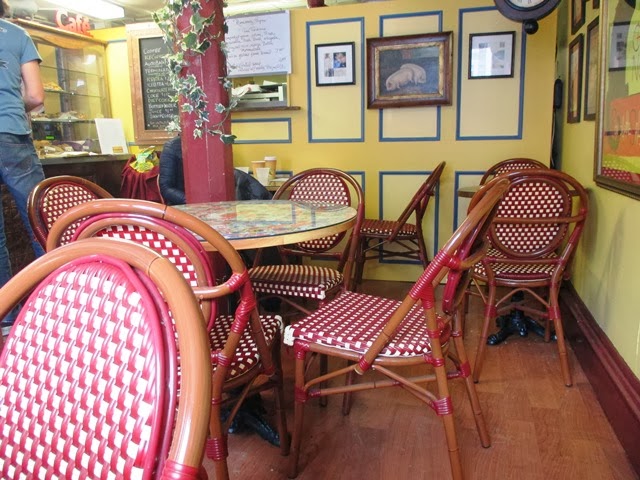 Before leaving the house I pulled up the Rosemary & Thyme sandwich menu online (click here to view) and decided that I would be getting the Brie and Bartlett Pear, which was described as grilled bourbon/ginger poached pears, Italian prosciutto, caramelized onions, French brie and field greens served on a grilled baguette ($7.25).  My mouth was watering just thinking about how good this would taste.
Along with my sandwich, I ordered a beautiful Nutella and almond croissant ($2.95) to take home.  My total came to $11.02.  I had forgotten to order a drink while I was at the counter so I went back and ordered something called the Terminator – a blend of cold brew coffee and coffee syrup.  My total for the Terminator was $4.05.
My sandwich came out pretty fast and you could tell it had just been made because the bag was nice and hot.  Since finding a parking spot in Newport can be difficult, I decided to hide out in a Dunkin Donuts lot and chow down. 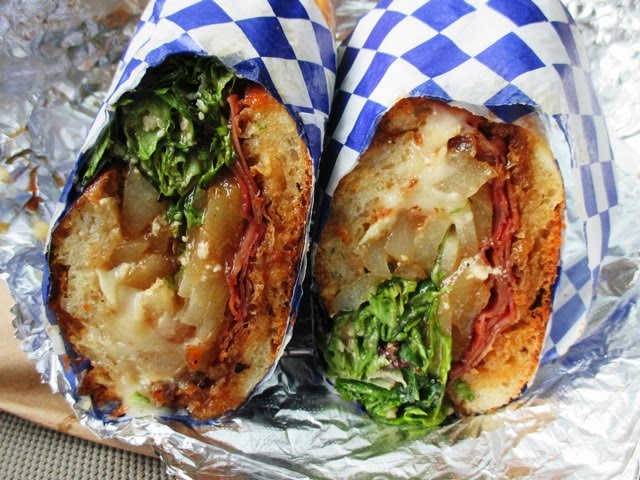 My pear sandwich was cut in half and looked delicious.  When I took a bite, I realized that this sandwich was going to be hard to eat in the car.  The slippery pears and onions kept escaping the crunchy bread, but I tried to keep everything together as much as possible.  The prosciutto was very tasty and had a smoky flavor, the brie was creamy and the baguette – although a bit crunchy – had a nice texture.  The only problem I had was the field greens.  I was trying to decide whether or not it was the greens themselves or the vinaigrette that was used but something tasted bitter to me.  To be fair, I am not the biggest fan of field greens.  However, I thought the other flavors in the sandwich would have overpowered them. 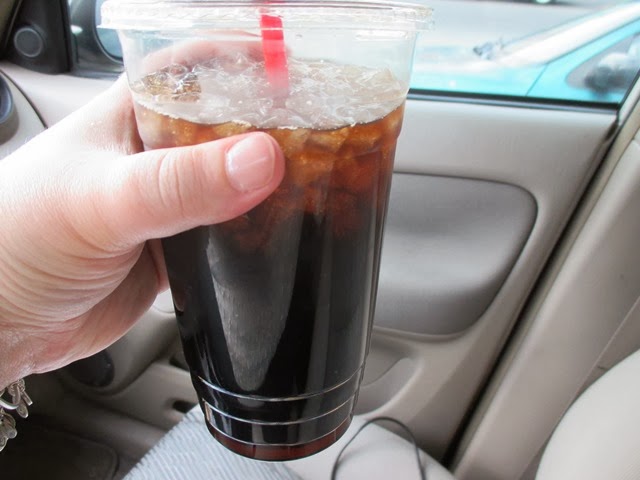 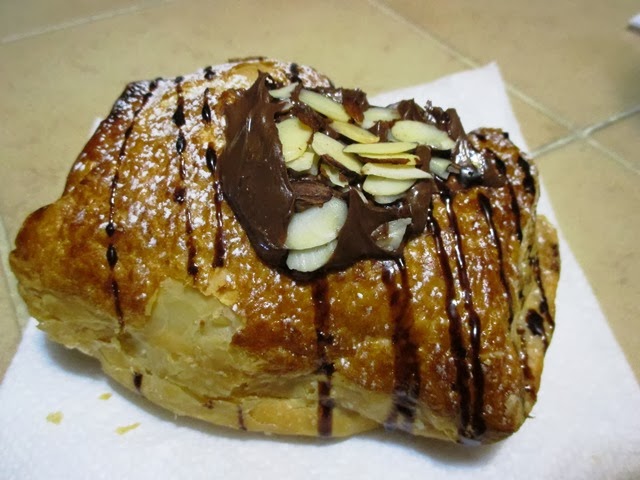 My Terminator drink was good, but nothing to write home about.  The biggest star today was definitely the croissant, although it was a little too flaky.  The croissant was both topped and filled with Nutella hazelnut spread and had a layer of almond paste inside.  It was large enough to split between two people and both Mom and I enjoyed it a lot.
Entering Rosemary & Thyme was like stepping into a busy European café.  There are only five tables and not much room to move around, but that gives the restaurant a quaint and cozy vibe that a lot of people enjoy.  The décor is cute and the staff was very friendly.  I would describe Rosemary & Thyme as a place where artistic types get together and share stories of world travel and humanitarianism.
Would I go back to Rosemary & Thyme?  I would, but I would try to stay away from anything with field greens (or just ask the staff to remove them from my sandwich).  Again, this is my personal taste.  Don’t let that stop you from visiting this restaurant and having a scrumptious meal and experiencing the savory side of Newport.
Visit New England Bites on Facebook and Twitter!
Posted by New England Bites at 9:38 PM