Mom and I love to watch Phantom Gourmet on Sunday mornings because we get to see a lot of local restaurants that we may not have heard about.  We recently caught an episode featuring Blackie’s Bulldog Tavern in Smithfield, RI.  Mom was excited about the starter of soft pretzel bites, so we decided to hit up Blackie’s for a lunch of drinks and appetizers. 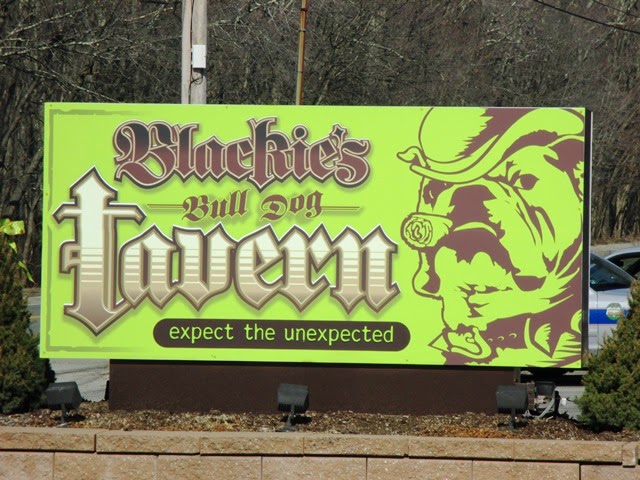 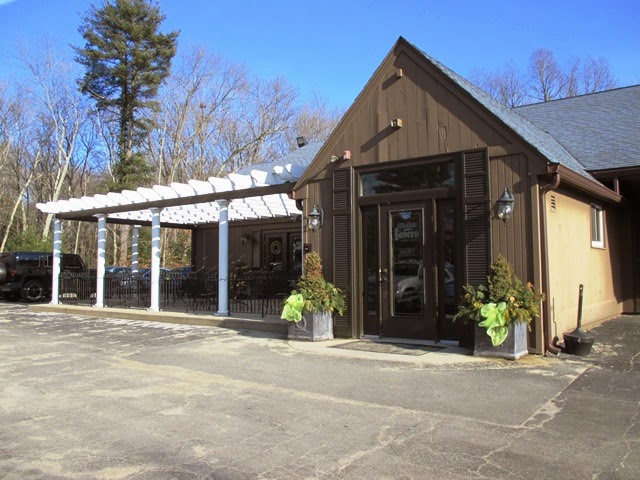 It was absolutely packed when we arrived, but we were seated right away.  Perhaps the appearance on Phantom piqued everyone’s curiosity.  Either way, Mom and I were excited to be there.  We were seated directly in the middle of the modern-style restaurant which was fine for dining, but difficult for picture taking.  I managed to get a couple of shots while trying my best not to aim the camera directly in somebody’s face. 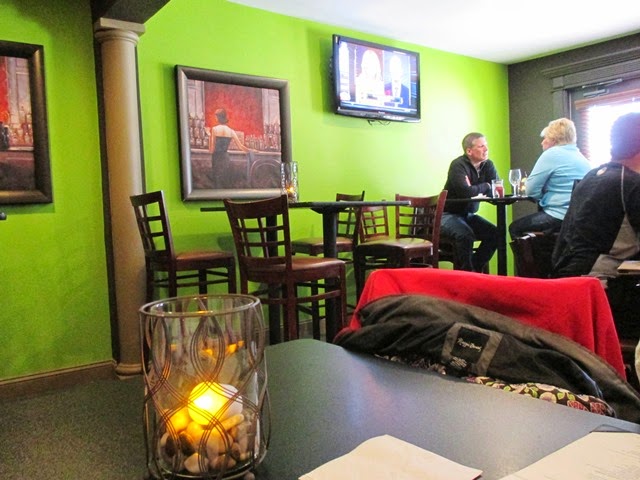 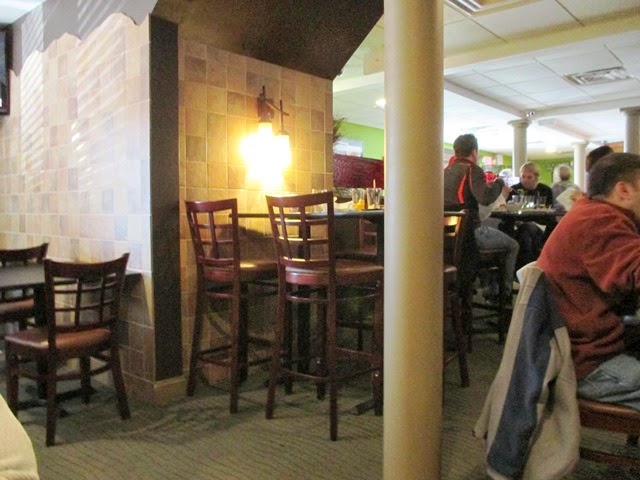 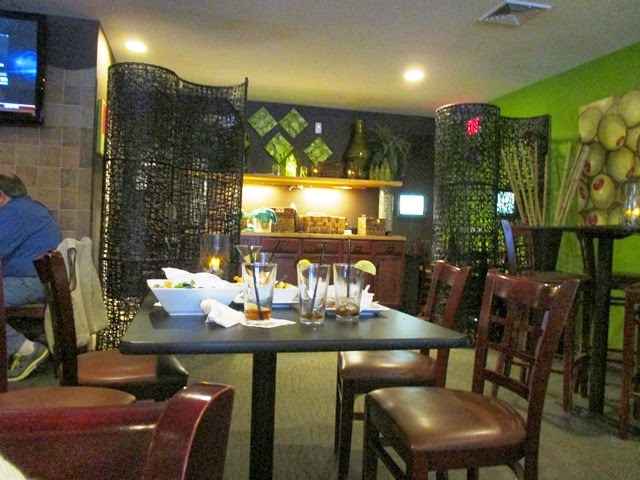 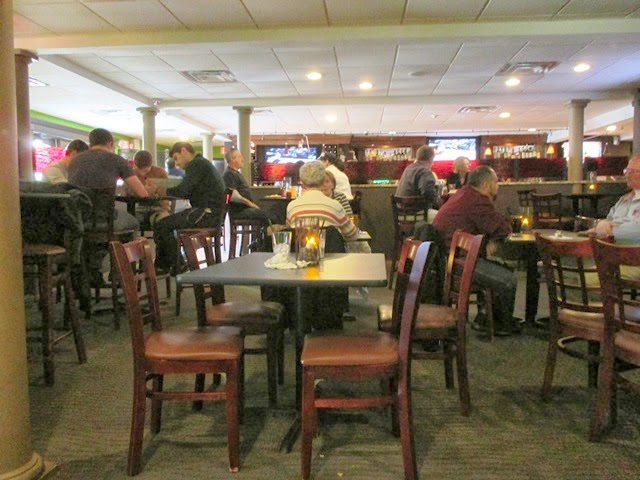 Our waitress Catarina came over to take our drink order.  Mom and I had been checking out the drink section of the large menu and decided to order a few fancy cocktails.  Mom chose the espresso martini ($10) and I ordered the lemon chiffon cake ($10).  Both drinks were amazing.  Mom said her martini had a strong flavor of espresso and was very creamy due to the added Bailey’s.  My drink tasted exactly like a piece of lemon meringue pie.  It was topped with whipped cream and lemon zest and had a sharp bite of Limoncello.  It was an awesome start to our Blackie’s experience. 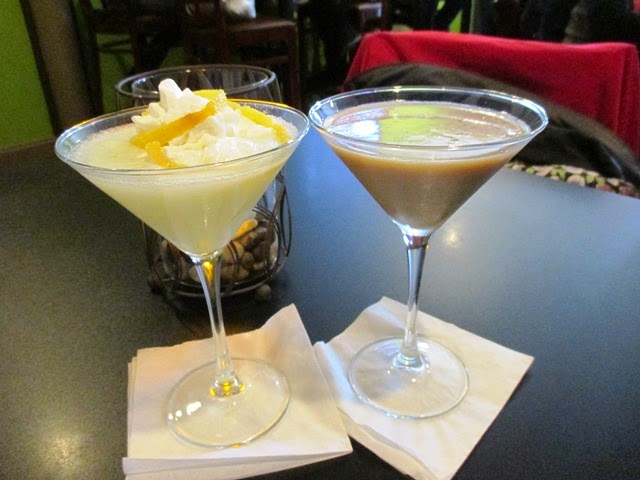 For our meal, we decided on three appetizers:  Blackie’s buffalo dip with corn tortilla chips ($11), Tavern tenders with mild sauce ($10) and the coveted soft pretzel bites ($10).  Both Mom and I thought that because the restaurant was so busy, the food might take a long time to appear.  (Plus there seemed to be a large party happening on the second floor.)  The appetizers arrived at an appropriate time and we were excited to get down to business.

The buffalo chicken dip came in a small pan with our choice of corn tortilla chips in a separate bowl.  The dip – which consisted of shredded chicken breast, buffalo cream cheese, sharp Vermont cheddar and buttermilk ranch – was thick and creamy.  We chose the tortilla chips (over the hand cut potato chips) because we thought they might be sturdy enough to hold the dip.  We were right!  The dip had a good buffalo flavor but we found it a little on the salty side.  This may have been due to the type of cheeses used, but we thought it was quite tasty. 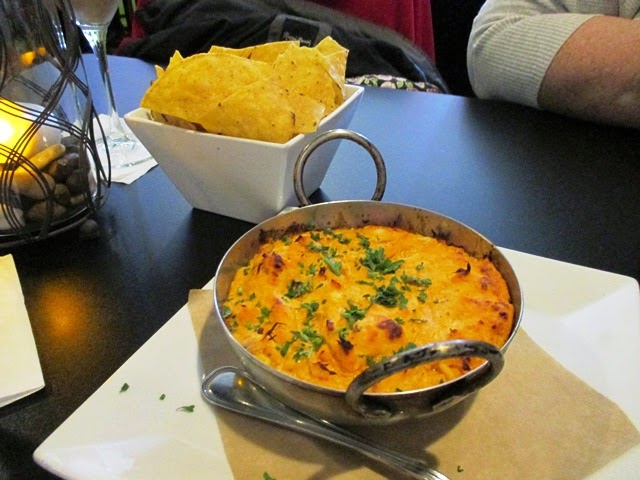 Our boneless tenders were smothered in a mild sauce, but I felt the heat in every bite.  However, I think my palate has weakened over the years and what I find spicy, others find bland.  Mom thought the sauce was perfect and only felt the heat a few times.  The tenders themselves were good, but a little on the dry side.  They were hard to cut and when you did break them apart, the batter fell off.  Still, the five tenders were good and they came with a side of cool blue cheese dressing and cut celery and carrot sticks. 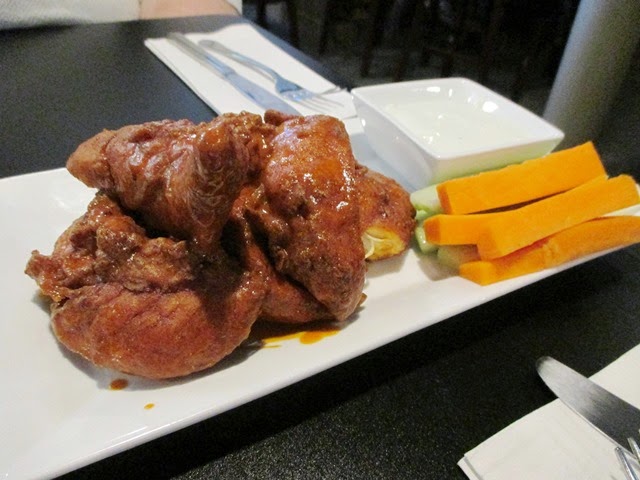 The soft pretzel bites – the reason that we were dining at Blackie’s – were our biggest disappointment.  With that being said, we did enjoy the actual bites.  What threw us off was the taste of the compote which was hiding underneath.  Served in an adorable cast iron pot, the bites were topped with maple cinnamon butter and more of the sharp Vermont cheddar.  The mushy compote was a blend of apples, pears and brown sugar bacon cracklings.  We both found the bacon flavor to be overpowering.  Everything tasted like smoke.  The pretzels were indeed soft, but they were on the small side so once we had finished with the bites, all that was left was the compote.  It was OK, but we really weren’t fans.  I think Mom thought this dish was going to have a sweet flavor, but it was more savory than expected. 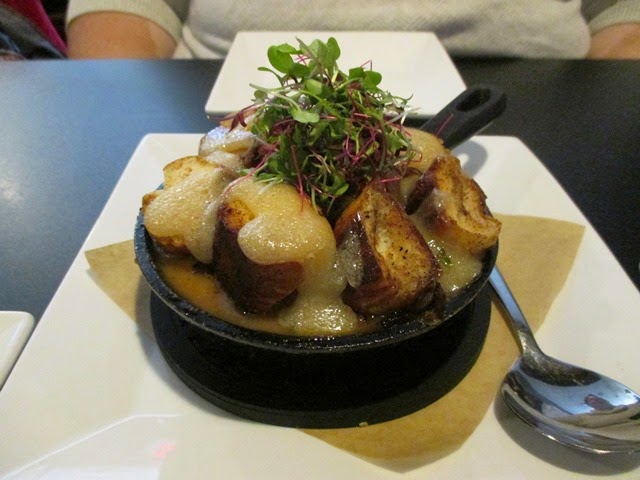 Blackie’s Bulldog Tavern is absolutely a restaurant that Mom and I will visit again.  We saw a lot of great meal options (click here to view the menu) and we look forward to going back.  Although the appetizers weren’t exactly what we expected, by the large lunch crowd you can tell that Blackie’s is a popular restaurant.  We’re sure that the food and the service is what keeps people coming back.