Mom and I had been to Polar Cave once before when they had a location in Yarmouth.  I had the most delicious waffle cone ever – made right before my eyes and served hot.  We vowed to return to this awesome place so that Mom could have a waffle cone of her own. 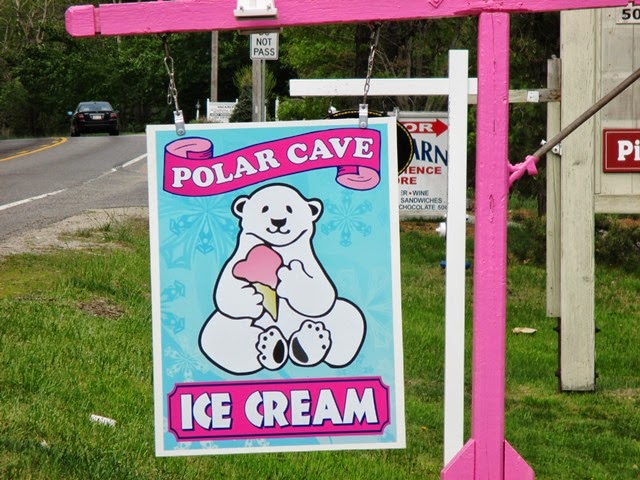 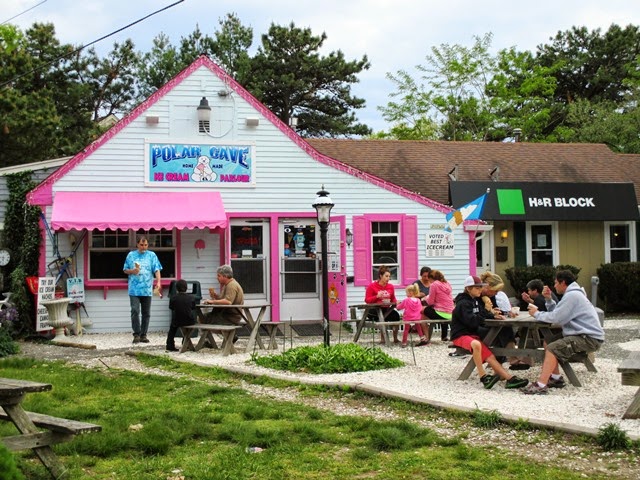 Although the Yarmouth location is no longer in business, the flagship Mashpee store is alive and well.  Mom was determined to have a waffle cone of something, but what normally stops her from getting waffle cones at ice cream shops is the size.  She tends to like a smaller cone, but luckily for her Polar Cave makes two sizes of waffle cones.  She decided to get a small cone filled with black raspberry chip while I chose heavenly hash.

The inside of Polar Cave is tiny, but really cute.  I especially liked seeing the different Coke bottles from all over the world.  I also loved the smell of the waffle cones.  It hits you in the face as soon as you walk in.  My total for the two small waffle cones came to $9.40. 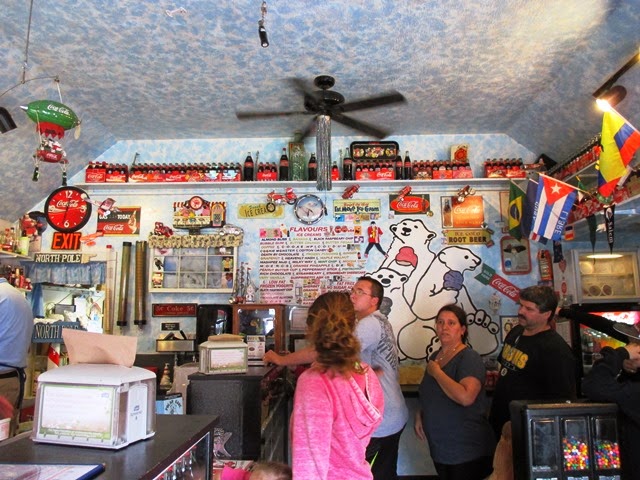 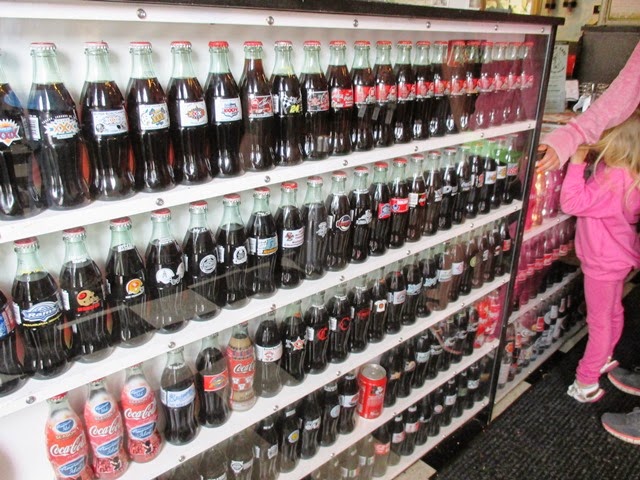 As we started in on our cones, Mom and I remembered why Polar Cave is one of the Cape’s most popular ice cream parlors.  Mom’s black raspberry chip – which was highly recommended online – was loaded with thick, chocolaty chunks.  The ice cream itself was creamy and flavorful and Mom loved every bit of her crunchy waffle cone.  You would think the ice cream would be melting all over the place due to the warm cone, but Polar Cave sticks a piece of chocolate at the bottom of the cone so that you don’t leave the area covered in ice cream.  Plus, an added shot of chocolate is always awesome. 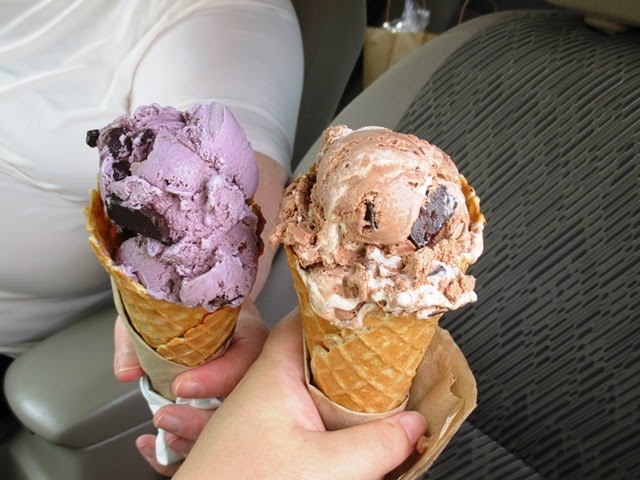 My heavenly hash was … wait for it … heavenly.  It was filled with marshmallow, almonds and delicious chocolate chunks like Mom’s ice cream had.  Sometimes chocolate chunks in ice cream can be overwhelming, but the chocolate itself was extremely tasty and took the vanilla and chocolate ice cream to the next level.  It had been years since I had heavenly hash, so seeing it on the menu – and then eating it – brought back a lot of memories.

If you’re on the Cape and looking for a sweet treat, look no further than Polar Cave.  They have a flavor for everyone and the waffle cones are out of this world.